For many visitors, Hawaiian place names can be difficult.  Just how do you a pronounce the name of a town that’s spelled Aiea? A road that’s named Kalanianaole? A valley called Hahaione?

Now for 99 cents, you can begin to sound like a native Hawaiian language speaker with a new iPhone app called “Speak Hawaiian Places.”

The app is easy to use. Just scroll down its interface to find the place name, touch the screen and hear it pronounced by none other than Kaupena Wong. Wong, a noted Hawaiian chanter and composer, has been named a national treasure by the National Endowment for the Arts.

If you’re even more ambitious, for $2.99 you can download an app called “Speak Hawaiian Phrases.” Want to properly say, “Thank you very much,” in Hawaiian? Just scroll to the phrase, touch the iPhone screen and Wong’s recorded voice will say, “Mahalo nui loa,” with the correct pronunciation and cadence.

Both applications are an outgrowth of a project began several years ago called “Click Hawaiian.”  The Click Hawaiian programs were designed to run on old-style Macintosh computers and were widely distributed in Hawaii schools. 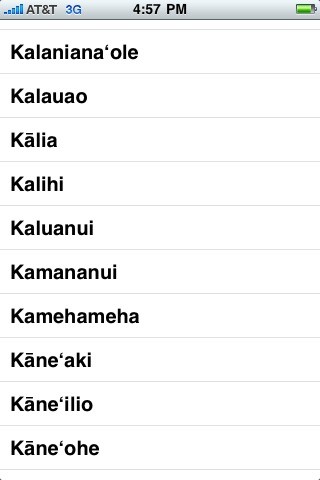 “Kaupena spent hours in the studio making sure we got things pronounced correctly. He was wonderful,” says Dr. John McGrady. McGrady founded one of the first Hawaii software companies, Coconut Info, and was a leader in creating Hawaiian programs for Hawaiians and Hawaiian speakers.

“The iPhone apps are the logical next step,” says McGrady. “They reuse Kaupena’s work and we can offer them at about 1/50th the original cost of the software programs.” The response has been great, notes McGrady, especially from people outside Hawaii. “Ironically, people from other places sometimes seem to have more affinity for endangered cultures than people who live here.”

McGrady, a former dentist and blue water sailor, has focused his company on keeping the Hawaiian language alive in modern times. 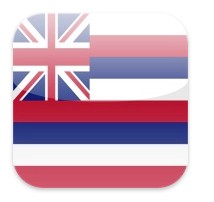 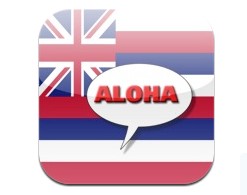 “We’ve got more apps in the oven,” he notes.

There’s only one danger of using the Speak Hawaiian applications: Your Hawaiian pronunciation may be better than that of many Hawaii residents.

When I bought the Speak Hawaiian Places app for my phone, I realized I’d been pronouncing Hahaione wrong for years.
Categories: Culture, Shopping