The USS Arizona Memorial Visitor Center was sinking slowly into the waters of Oahu’s Pearl Harbor.

Not the actual USS Arizona Memorial, which since its 1962 dedication has rested solemnly in the middle of the harbor above the sunken hull of the famed World War II battleship. But the 30-year-old visitor center on the shores of Pearl Harbor, which annually prepared 1.5 million visitors for the ferry ride to the Alfred Preis-designed memorial.

The center was built on filled-in waterfront land, which engineers hoped would eventually settle just 18 inches. Instead, over the years, areas of the center’s foundation had dropped up to 30 inches, bringing it perilously close to water level. In 2003, engineers gave the visitor center a life expectancy of five to 10 years.

There were two choices: Commit the existing structure—already lifted four times in its history—to major renovations, or construct a brand-new visitor center that wouldn’t sink. Whatever choice was made, the center’s exhibits also needed updating to the standards of modern museums.

On Dec. 7—the 69th anniversary of the attack on Pearl Harbor—the National Park Service will open the doors on its completely rebuilt and expanded $58 million USS Arizona Memorial Pearl Harbor Visitor Center. A morning invitation-only ceremony will honor Pearl Harbor attack survivors and World War II veterans, then welcome them for the first tours of the center’s completely redesigned exhibits and interpretive displays. Both the visitor center and memorial will also be open to the public later in the morning. 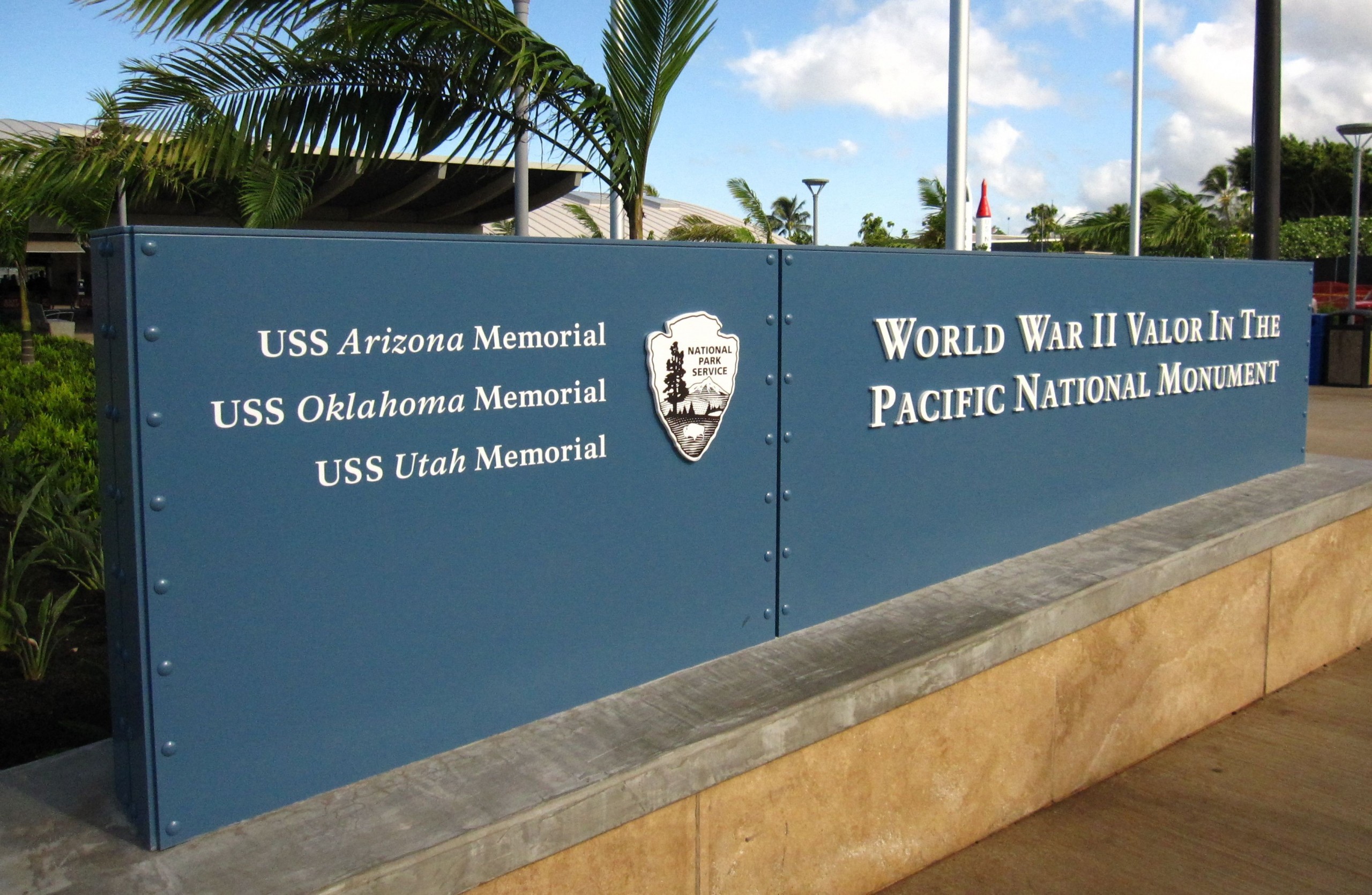 The new facility will also serve as a one-stop shuttle hub for other historic Pearl Harbor sites that either weren’t open or weren’t accessible to the public when the visitor center was first built. Among these: the National Park Service’s World War II Valor in the Pacific National Monument sites at Pearl Harbor—which include the USS Arizona, USS Oklahoma and USS Utah Memorials—and the U.S. Navy’s Pearl Harbor Historic Sites—which include the Battleship Missouri Memorial, the Pacific Aviation Museum and the USS Bowfin Submarine Museum and Park.

The USS Bowfin itself, once across a parking lot from the old USS Arizona Memorial Visitor Center, is now part of the new center’s campus, which has expanded from 11 to 17 freshly landscaped acres.

The centerpieces of the new visitor center, however, are two modern exhibit pavilions, designed to offer a more comprehensive history of the Dec. 7 attack—from events leading up to it, to the salvage efforts and Pacific War that followed. There’s been a generational shift in visitors to the center in the years since it was built. The Arizona Memorial’s fastest-growing visitor age group is no longer from the Greatest Generation, which experienced the World War II era first-hand, or the Baby Boomers that followed. It’s Gen X and Gen Y visitors with more distant connections to the war.

“Someone visiting today who is, say, age 24 knows that the Arizona Memorial is important. But they don’t necessarily understand why,” says monument chief of interpretation Eileen Martinez. “The great challenge for the future is making sure visitors leave understanding why this place is important, because as we move further away from that moment in time, we understand less and less.” 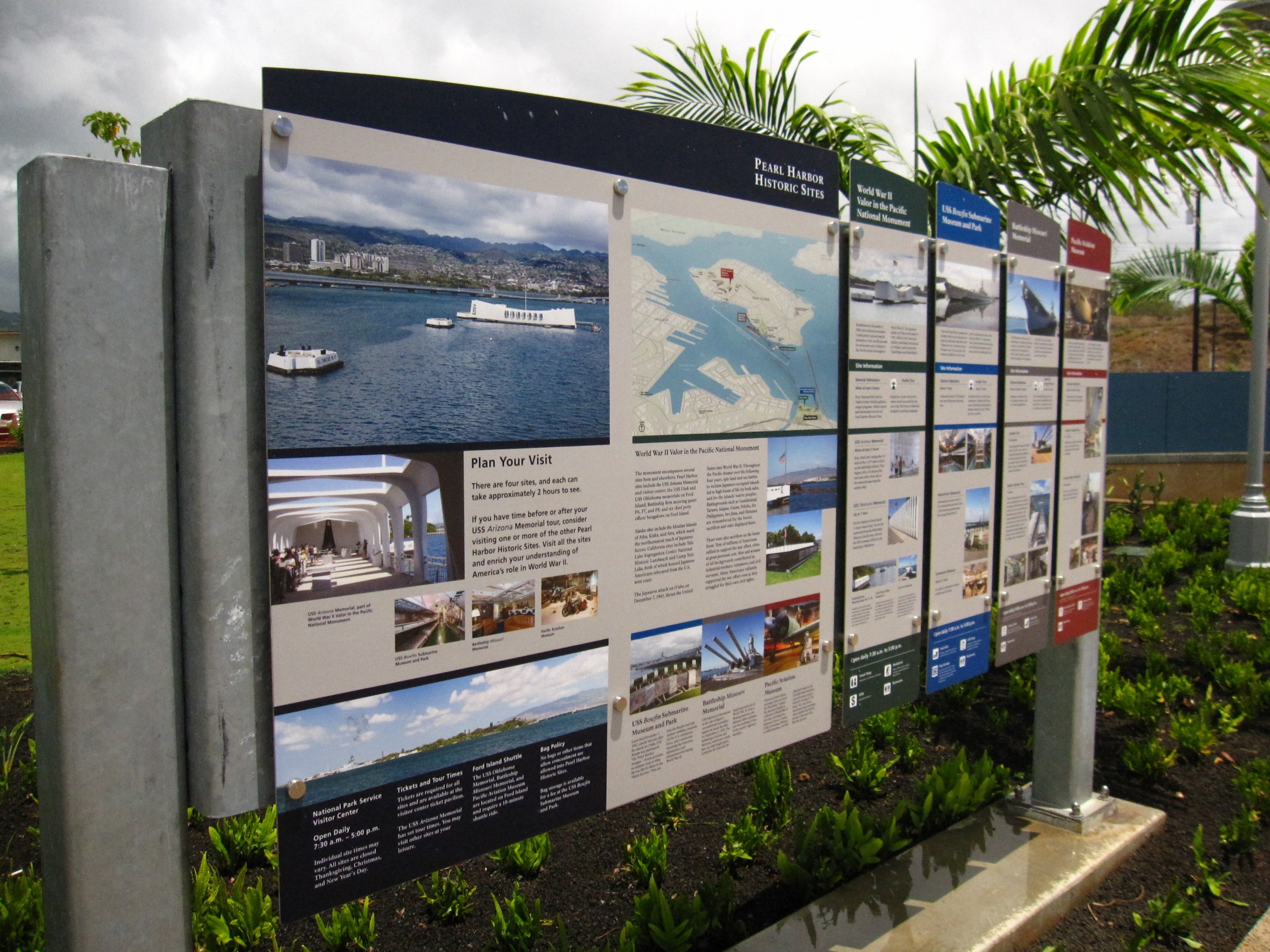 Exhibits in the new pavilions will be state-of-the-art, incorporating interactive technologies and high-definition video, filmed oral histories, sound files and immersive multiscreen film. Murals, displays, scale models and other media will now explain the Pacific War and Pearl Harbor attack story from multiple perspectives—a first for the facility. (Editor’s note: The interior of the new pavilions were still under construction when this story was written and photographed.)

“We’ll have Pearl Harbor and World War II survivors, Oahu civilians and Japanese aviators and civilians talking about their experience,” says Martinez. “We’ll have the people that lived this history, telling the history.”

The new center will include three times the display space of the previous facility—enough to properly show off the park service’s vast collection of historic artifacts and memorabilia, much of it donated by survivors and Oahu residents over the past three decades.

The foundation the visitor center rests on is now solid, too, built on concrete friction piles driven more than 200 feet into the soft waterfront soil. The new structure should last for years to come. Designed from top to bottom with a green conscience, the new facility will generate a quarter of its power via solar photovoltaic cells.

Ground was broken for the new visitor center in November 2008, with construction broken into two phases so the Arizona Memorial could remain open to visitors throughout. The only structure returning visitors will recognize is the old theater building, though its interiors have received a refurbishing. 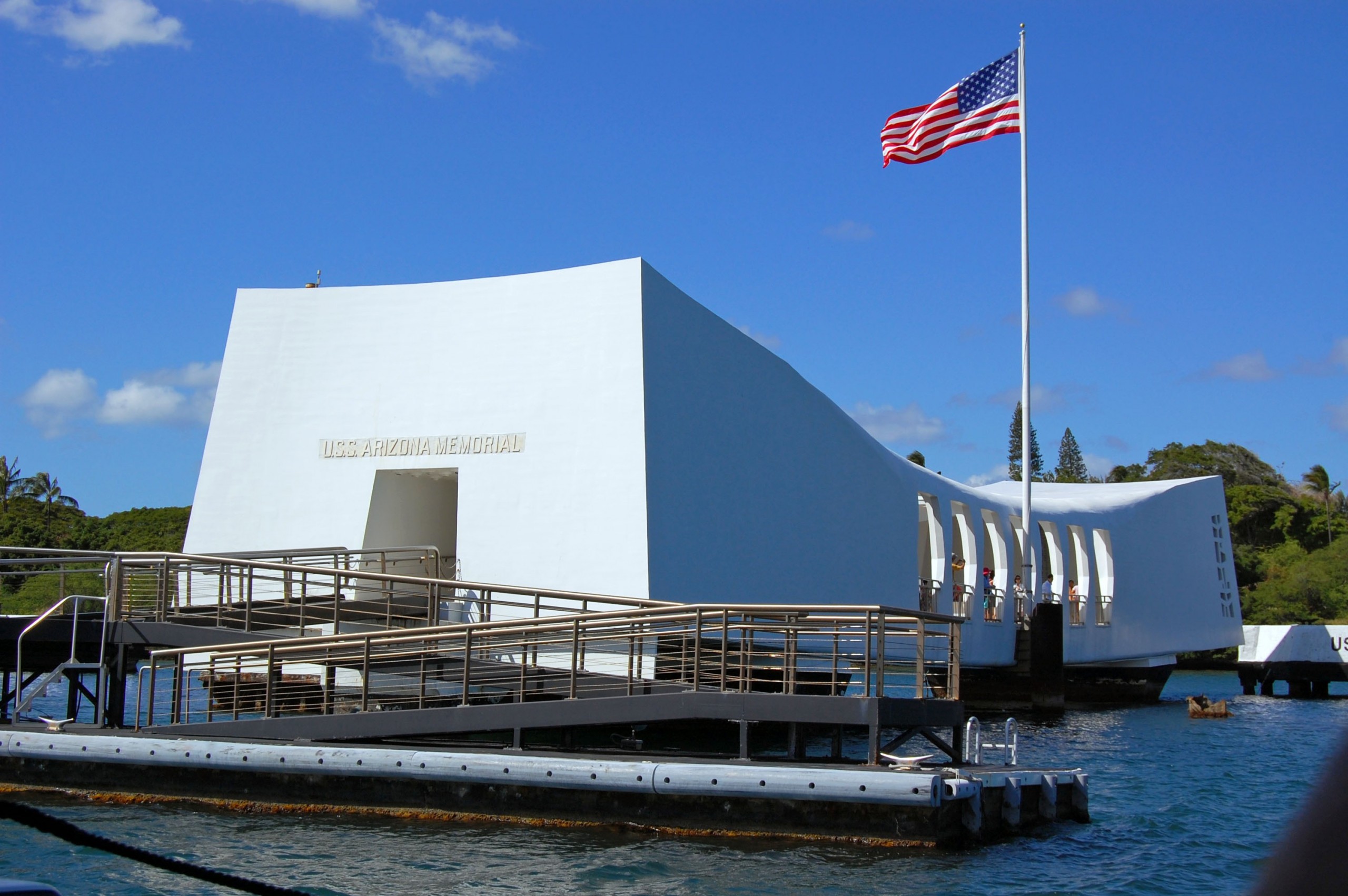 The building’s two theaters—both screening a 23-minute Pearl Harbor attack documentary—will continue to serve as visitors’ final destination before the ferry ride to the memorial. But intentionally, the theatres will only be accessible after first passing through and experiencing the two exhibit pavilions.

“In the past, when visitors saw the line to the film, that became their focus. The theater was their first step, the memorial their second, then finally the museum and the bookstore if they had time,” says monument superintendent Paul DePrey. “Frontloading the museum experience before going out to the memorial will dramatically improve what their expectations are when they’re on the memorial.”

The USS Arizona Memorial itself remains untouched by renovations, as does admission to the visitor center and the ferries. Both are still free.

“The old visitor center, and how it was functioning up until even a year ago, was not anything that we were very proud of,” says DePrey. “This is going to be one of the more fantastic visitor experiences and visitor centers in the National Park Service.”