Five of our contributing photographers share their definition of "priceless" through a single photo they took in the Hawaiian Islands.

Close your eyes and whisper that word to yourself again: “Paradise.” In the lap of Hawaii’s luxury travel industry, it’s a welcome, if predictable one. The warm feeling of white sand on your feet with visions of being served an ice-cold, citric cocktail beside the beach. Beyond the images found in resort and activity brochures, another definition exists—encounters and enduring connections made with the deeply rooted places and people of this island chain. We asked five photographers to share with us a place, a scene, a moment in time they captured on camera in Hawaii that money can’t buy. — As Told to Matthew Dekneef 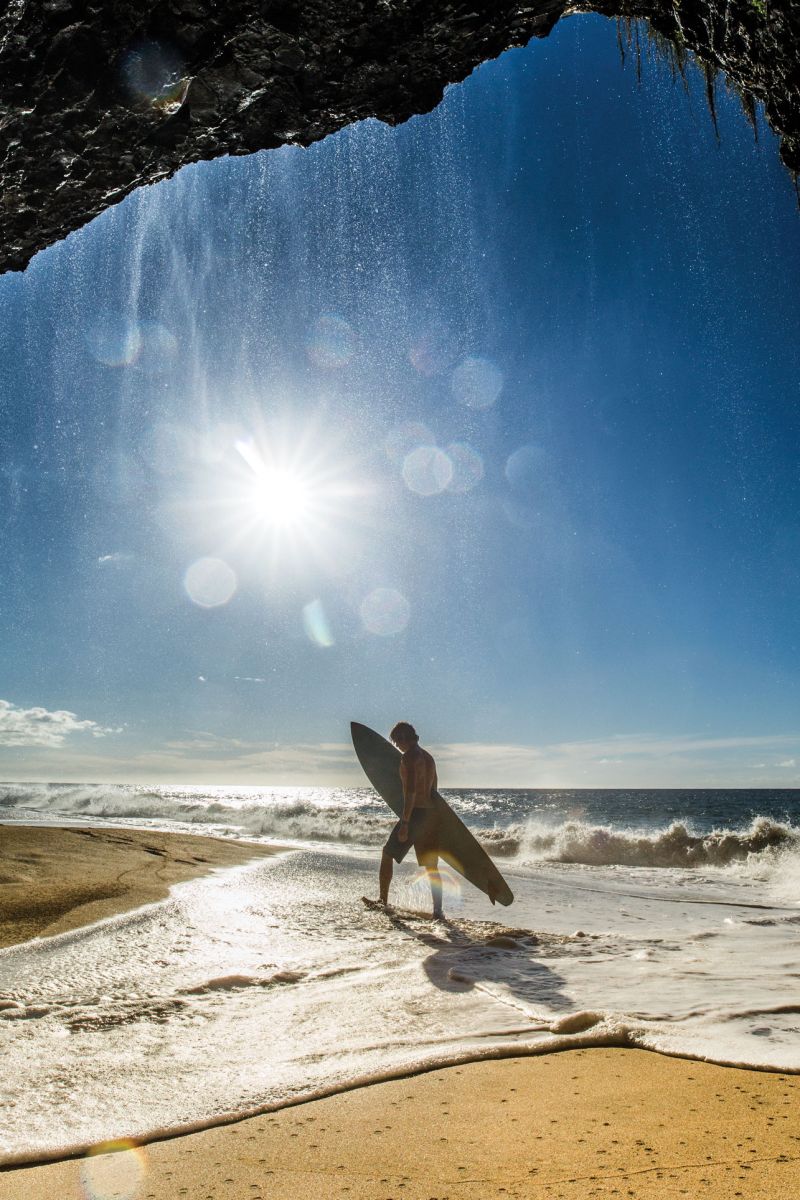 “There’s a secret place where I’ll usually go with friends, just somewhere to kill the time. It’s remote and it’s not an area you can count on to always look like this. Sometimes there won’t be a beach at all. It’s always in flux with the surf—sometimes there’s sand, sometimes not—you really don’t know unless you go there, that’s the exciting part. This is from one of those days when the beach was there. Water’s falling off the side of the cliff and it was so serene. Just one of those moments where you’re glad to live here and to be in Hawaii. Where you can get away from everything and explore, discover and find a peaceful place.” 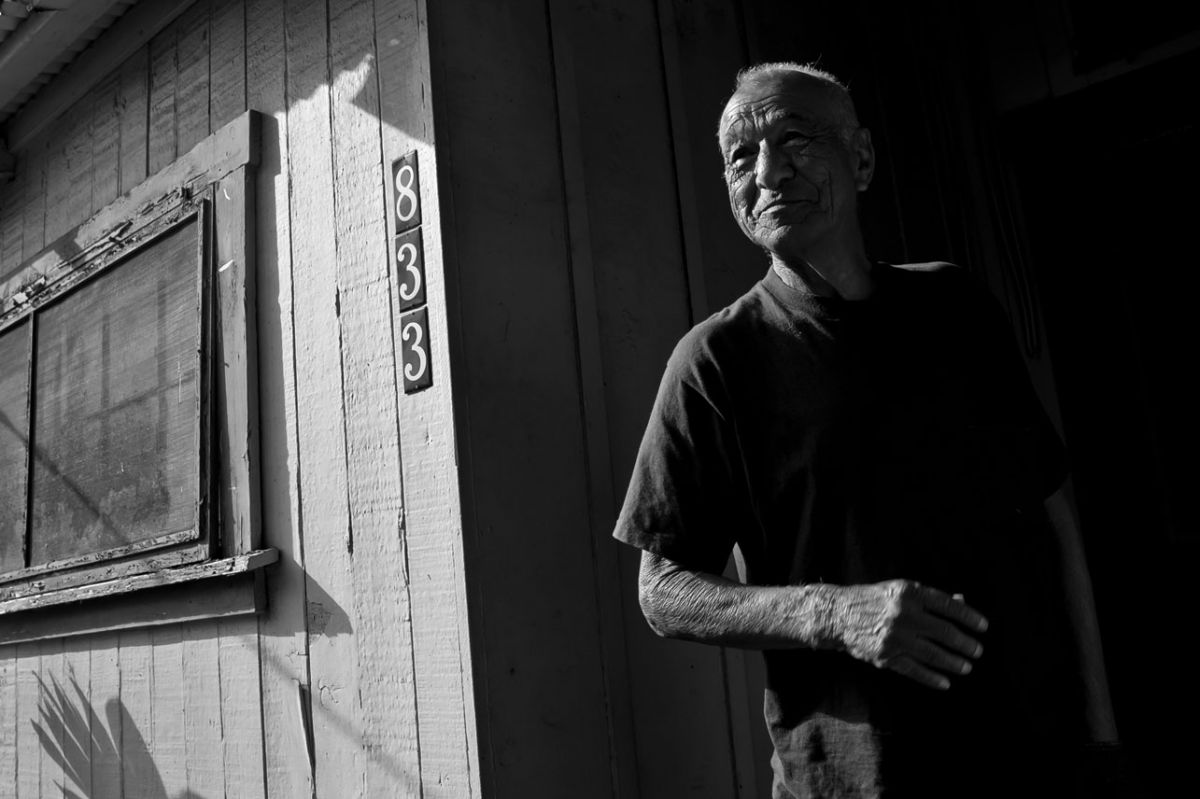 “I had just finished taking photographs of artists painting in the town square, and when I walked back toward [former HAWAI‘I Magazine editor] John Heckathorn, he was engaging with this fellow. The guy was sitting out on his porch steps, smoking a cigarette; I guess John asked if he’d mind if he talked to him. The guy was very pleasant. They were talking about what he did, if he was retired, that kind of information. I was looking at the light that was hitting him, he was barely in it, sitting down. There was lot of shadow, the lines on his hands really attracted me. Then at the end of conversation John asked him, ‘May I ask what your name is?’ For some reason the guy got upset and waved his hand, like, ‘I’m done talking to you’ sort of thing. As his hand went down, his face came forward into the sunlight. I snapped this photo. Then he finished his cigarette, we said thank you, he went back inside and that was that. As I can recall, he had worked in the pineapple fields and it was right around the time before Larry Ellison had purchased the island—there were already rumors in the air it was about to happen. We didn’t find out why he didn’t want to tell us his name, but it was a real, rare moment with someone who lived there. It’s one of my favorite images.” 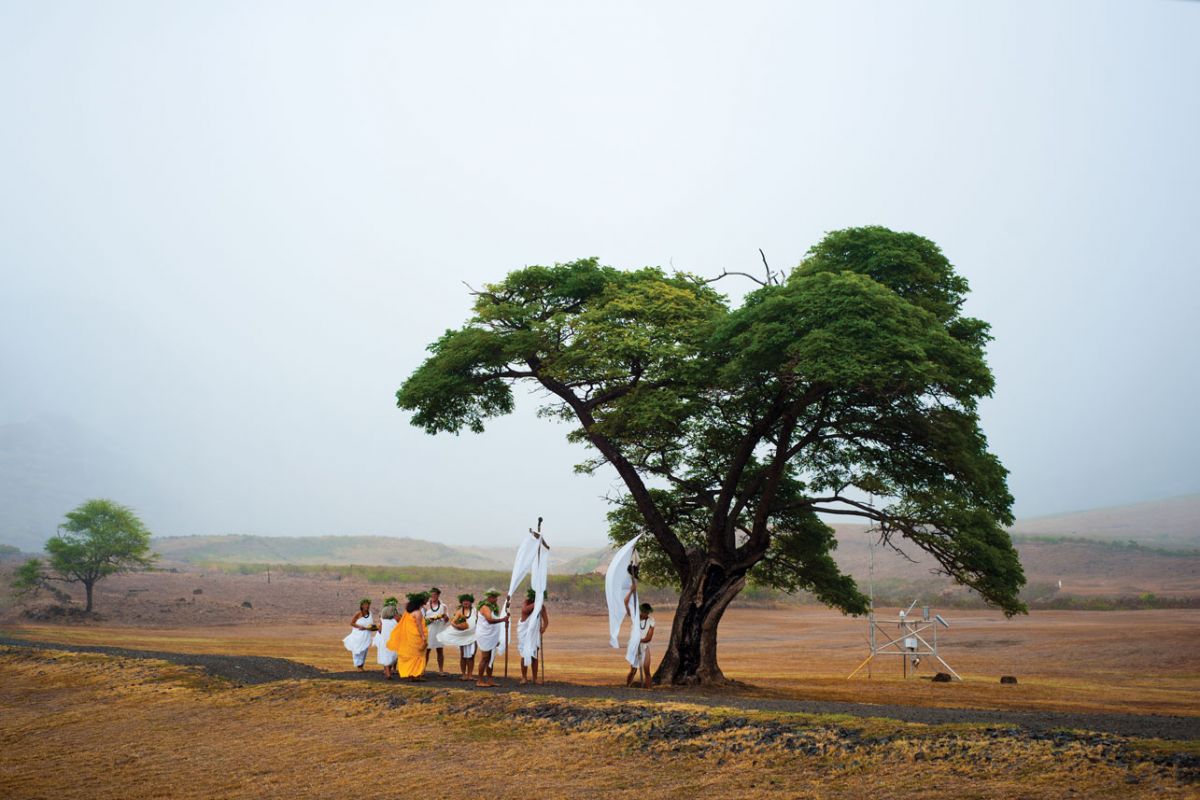 “This was right before a makahiki ceremony. I’d just finished taking portraits of Ka‘anohi Kaleikini, the Hawaiian woman who was leading the group as they were getting ready for the ceremony. They had gathered under this tree, the rain started to come in and it was just a really special moment. You can’t take photos of the actual ceremony, so this was the last image I took before the makahiki started. It’s present day, but had you not known that, to me it feels like an ancient Hawaii moment. A beautiful experience. It felt timeless.” 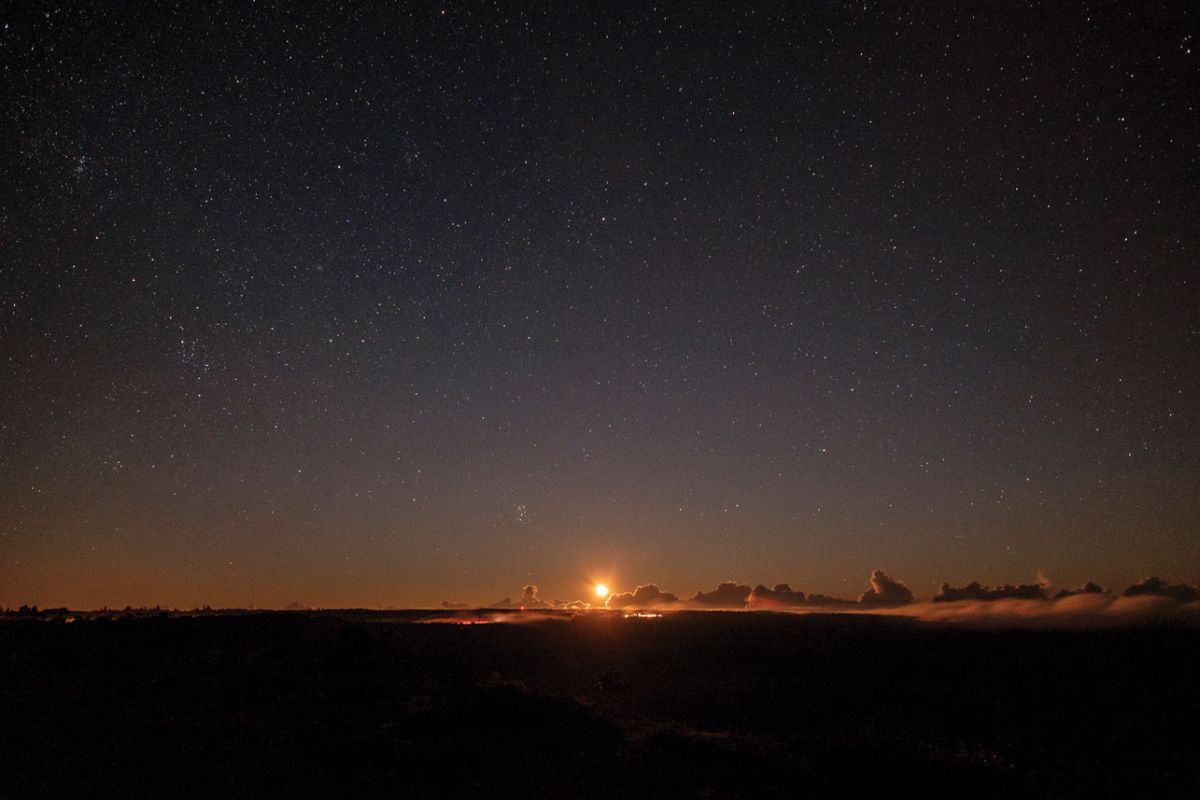 “It was 11 at night when I caught the moonrise appearing over the rim of the crater. I’ve been to Hawaii Volcanoes National Park before, but it was the first time I overnighted there. The nice thing about being at the park at that hour is you’re more inclined to explore it. About an hour later, a huge bank of fog rolled in and it was a very exciting experience. I’d visited and seen the volcano before, but never just sat there and saw the changing of the moon and stars—amazing to see. Normally, if I were shooting this for a gig, I’d check the weather, use an app to tell me where and when the sun and moon was going to rise and set. I didn’t even know it would be a full moon that night, actually. But that was the amazing thing. I didn’t plan it. It just happened.” 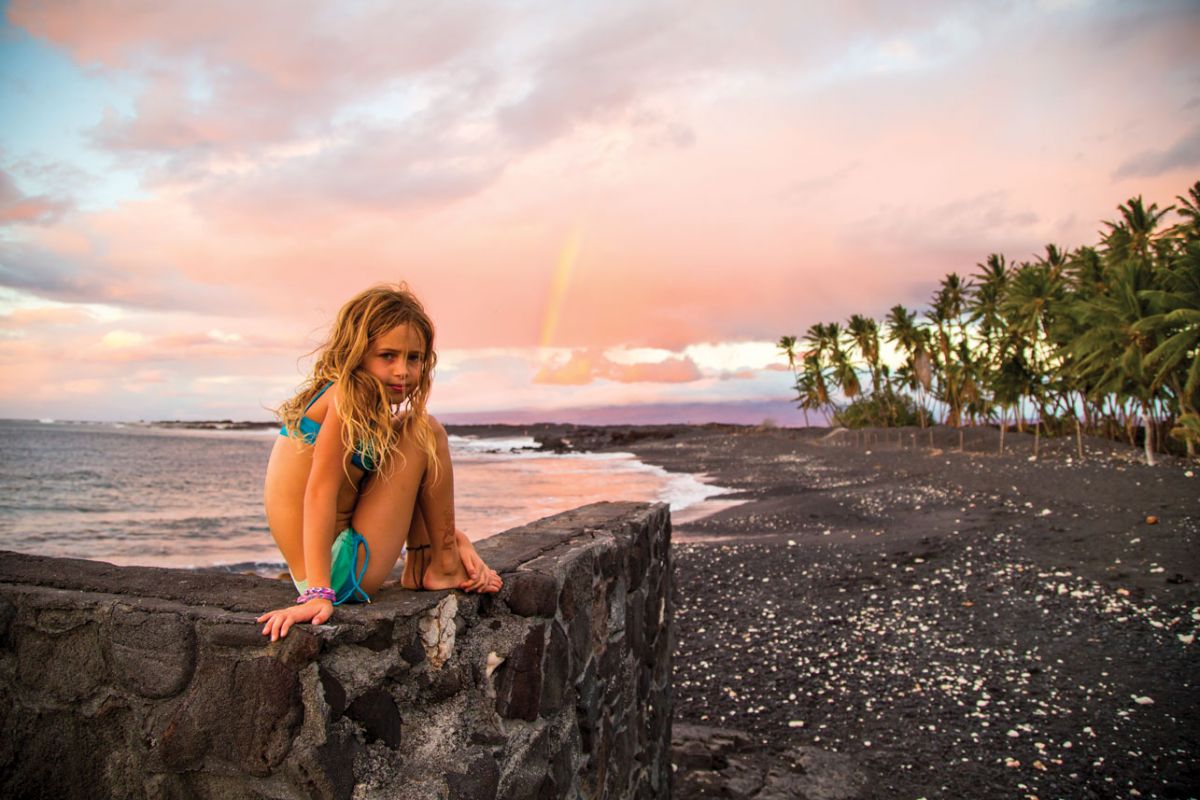 “There’s a legacy to Keawaiki. Hawaiian musicians wrote songs about it, Duke Kahanamoku spent his honeymoon down there, there are just so many great stories of who’s who spending time there. The Browns have a historical residence there and are very protective of it. Unless you know the family or really know the area, you wouldn’t be able to access it. The combination of that history and the special time spent with your family, on the beach, at sunset, surrounded by all that beauty makes you go, ‘Wow, man. This is Hawaii.’ It’s really important to me to introduce my kids to Hawaii and to introduce it to them in the proper kind of way. Seeing my daughter down there in this area—a kind of timeless part of the coast that’s been this way forever—there’s a huge difference between experiencing sunset here than a resort. There’s also something about that time of the day. Being a photographer, that light is like listening to classical music. Getting my daughter in that environment and seeing her in this moment, I just thought: ‘Honey, soak this all in. This is special what you’re seeing here.’”