A 3-year-old Hawaiian monk seal abandoned by its mother as a newborn on Kauai is now taking up permanent residence at the Waikiki Aquarium’s Hawaiian Monk Seal Habitat.

Hoailona, also known as KP2, returned to Hawaii last month, after spending about two years at the University of California, Santa Cruz, where he took part in research aimed at better understanding the rare seal, which is found only in the Hawaiian Islands.

The Hawaiian monk seal is among the most critically endangered seal species in the world. While conservation efforts by the National Marine Fisheries Service have helped stabilize the population, it continues to decline. About 1,100 animals remain, according to the Waikiki Aquarium.

Yesterday, after spending weeks in quarantine at the Waikiki Aquarium, Hoailona (pictured, above) was permitted to check out the monk seal habitat that he’ll share with Maka onaona (pictured, below), a 450-pound seal that has been at the aquarium for more than 25 years. According to news reports, they’ll remain separated, though, until Hoailona, who weighs 200 pounds, doubles in size. 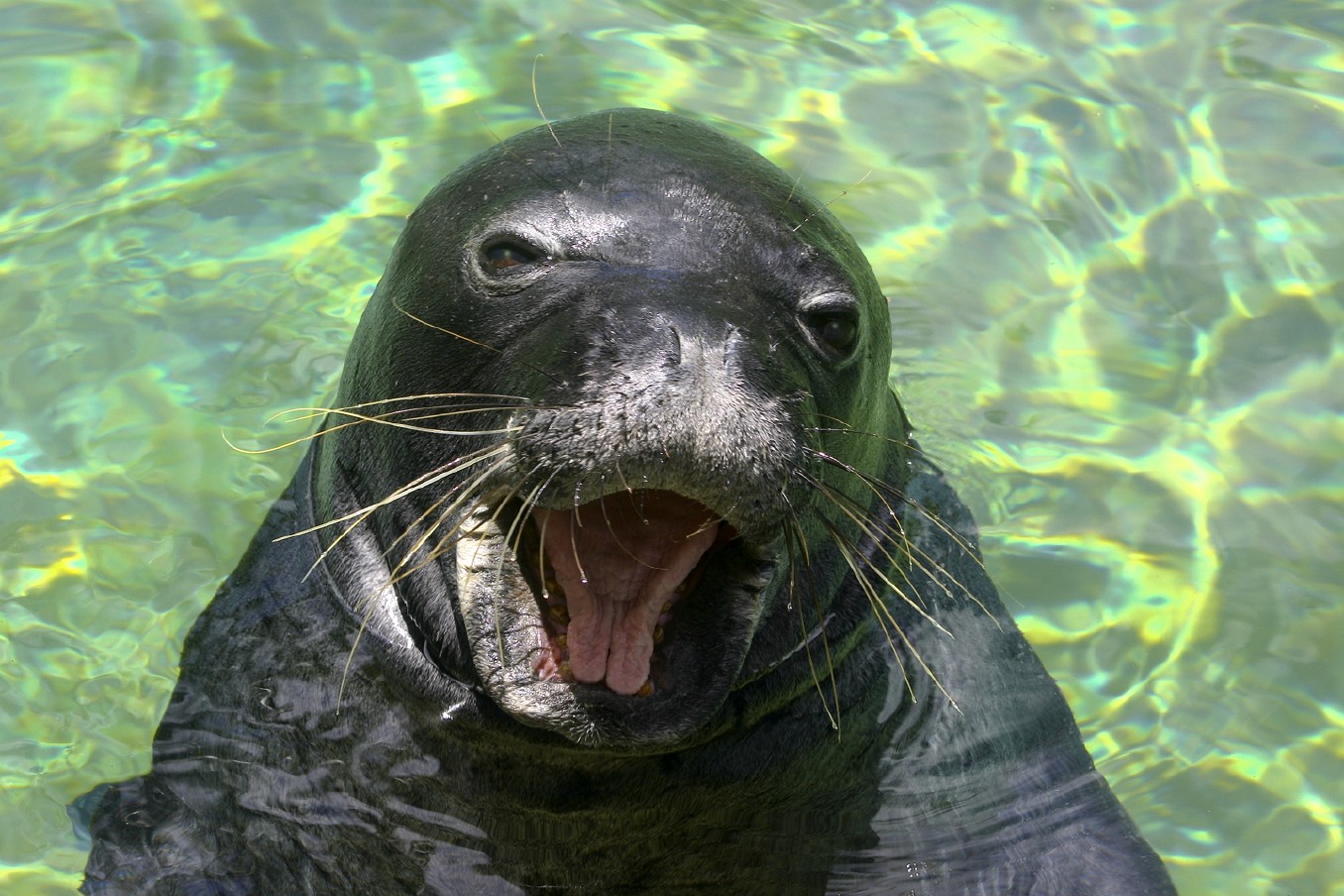 Abandoned in May, 2008, Hoailona was raised by National Marine Fisheries Service scientists, who later released him into waters edging Molokai north shoreline. The seal then turned up on the island’s south shore where he reportedly became friendly with beachgoers and swam with children.

Worried that as the seal matured, his play would too rough human interaction, he was transported to California. Also, by then his eyesight was known to be poor and he was reportedly diagnosed with cataracts. Scientists reportedly considered surgery to remove his cataracts but opted against it because Hoailona is not entirely blind and responds to vocal commands.

The Hawaiian monk seal’s primary habitat lies in the Northwestern Hawaiian Islands, which extend over 1,200 miles northwest from Kauai to Midway Island and Kure atoll. According to the aquarium, monk seals are typically not highly social animals, and they may live up to 30 years, reaching lengths of 8 feet and weights ranging from 400 pounds to 600 pounds.

For more information about the Waikiki Aquarium, click here.