This Tuesday marks the 30th anniversary of the last eruption of the Big Island’s Mauna Loa volcano.

At 1:30 a.m. on March 25, 1984, the largest active volcano on Earth woke up suddenly and spectacularly after nine years of slumber. The eruption sent several fast-moving fingers of lava down Mauna Loa’s gentle slopes, primarily over old flows and through upslope forests. One of the fastest of these fingers of molten earth quickly took direct aim at Hilo, the Big Island’s largest city, putting its residents on high alert in the days that followed. 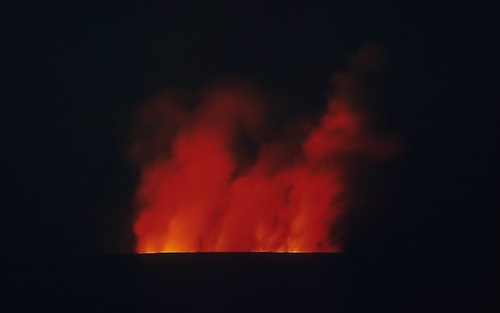 Mauna Loa curtain of fire, one hour after the start of the eruption, March 25, 1984. Photo: USGS

The eruption ended three weeks after it began, its longest finger of lava stopping just four miles from the nearest Hilo home. Mauna Loa has been quiet ever since.

Prior to its recent three decade eruptive dry spell, Mauna Loa had erupted 33 times since 1843—an average rate of one eruption every five years. Going further back into research on the 13,680-foot volcano’s eruptive history, scientists at the Hawaii Volcano Observatory say Mauna Loa has erupted about once every six years for the last 3,000 years. 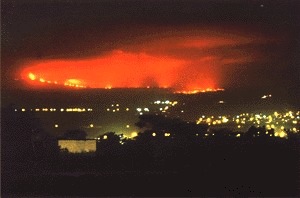 So why hasn’t Mauna Loa erupted in the last three decades?

In his most recent weekly Volcano Watch newsletter, HVO scientist in charge Jim Kauahikaua notes that over the last 170 years, research records have shown that eruptive periods at Mauna Loa and Kilauea—its currently very active neighbor volcano to the east—are inversely correlated. For the past 2,500 years, when activity at one volcano is elevated, the other has been relatively dormant, according to Kauahikaua. With eruptive activity at Kilauea heightened and near-continuous since 1983, Mauna Loa’s current inactivity seems to be hewing to that historical track record. 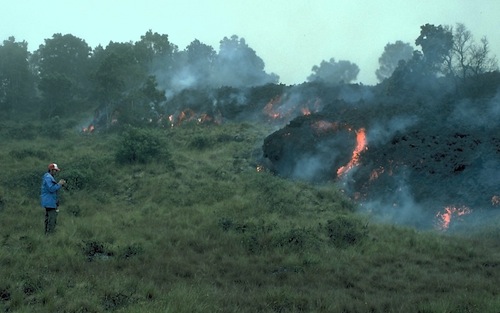 According to historical records in HVO’s most recent Mauna Loa activity status report in early March, the volcano’s massive underground magna chambers have not seen a dramatic increase in their inflation rate since late 2004. Mauna Loa’s inflation—the filling of its chambers with molten magma—ceased altogether in late 2009 before resuming slowly in late 2010. There has been very little significant change since and there is no expectation of a new Mauna Loa eruption anytime soon.

Still, though its current slumber has gone on longer than other periods of inactivity, geologists predict that another three decades aren’t likely to pass before the mountain erupts again. 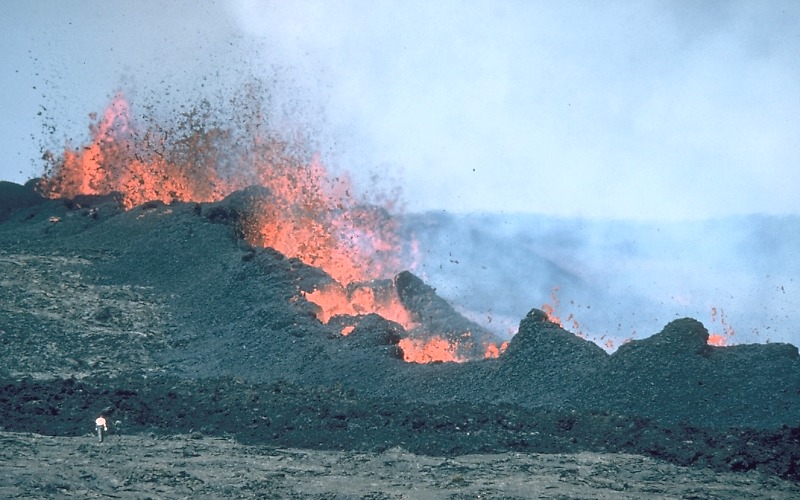 On the occasion of the 24th anniversary of Mauna Loa’s last eruption, I wrote a HawaiiMagazine.com post based on my memories of the exciting and frightening three weeks in March 1984 when Hilo was last threatened by lava flow. I was living in Hilo at the time, and both Mauna Loa and Kilauea were erupting simultaneously. I’ve never forgotten those once-in-a-lifetime days and nights.