Our swift porcine friends are only one of the many attractions at the 3rd annual Honolulu Family Festival, Ala Moana Beach Park’s Magic Island, Aug. 7-10 and 14-17.

The festival was started in 2006 by non-profit Honolulu 100 to commemorate the city’s centennial celebration, with money raised going toward the refurbishment of Ala Moana Park. Capitalizing off the success of the inaugural event, it became an annual tradition, now extended from one weekend to two.

There will be the ever popular E.K. Fernandez midway (a familiar sight at Hawaii festivals and state fairs). Plus food booths, games, and long list of entertainment that is wonderfully diverse and bizarre.

Where else in Hawaii can you find in one place: local comedian Frank DeLima, the Grass Roots- and Rare Earth-influenced Gregg Hammer Band, rock-ska band Pimpbot, a flying trapeze show, taiko drummers and a parade of puppets? And, oh yeah, the racing pigs. We’re tickled porcine pink just by the thought. 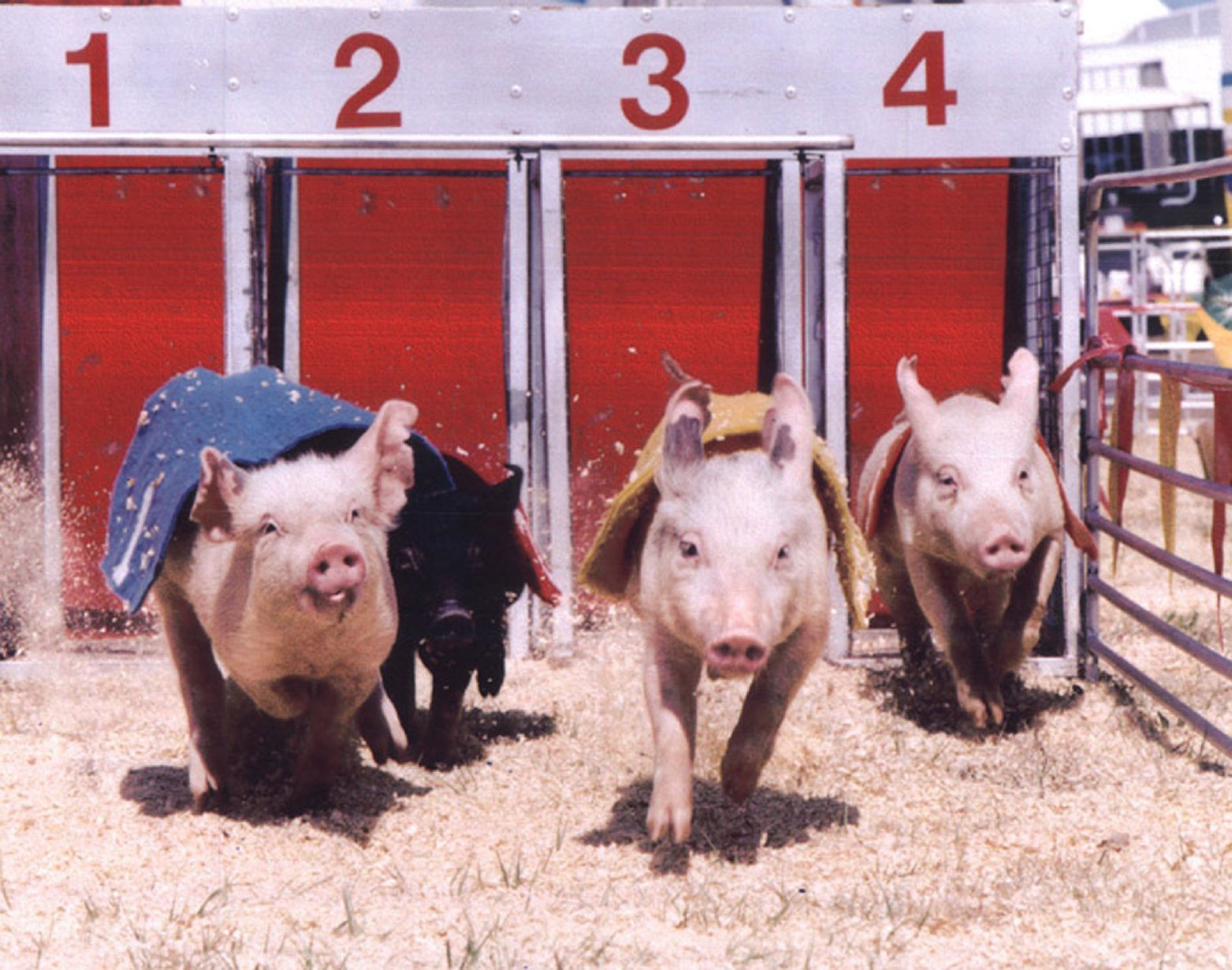 Take advantage of the all-you-can-ride wristbands available for purchase through Ticketmaster outlets at Times Supermarkets. The bands will grant you unlimited access for certain periods during the day. At $18, it is a value that can’t be beat, especially if you have a couple keiki (children) of your own.

Whatever you do, don’t miss the pigs.