Another day. Another hot Hawaii hotel deal for the fall season.

More good news? The number of Starwood Hawaii properties in the promotion means there’s a deal here for just about every type of travel budget.

Among the hotels included in the “Value in Paradise” promotion are the Sheraton Kauai Resort on Poipu Beach, Westin Princeville Ocean Resort Villas on Kauai’s rugged north shore, The Westin Maui Resort & Spa on Kaanapali Beach, the Sheraton Waikiki and Westin Moana Surfrider. Even the luxe, recently renovated Royal Hawaiian Hotel is offering rooms as low as $300 a night in the promotion.

According to Starwood’s Web site, the bulk of the rate deals for individual properties are good for travel from now through Dec. 20, 2009. A Starwood representative confirmed to HawaiiMagazine.com that there was no deadline to book for most of the properties. 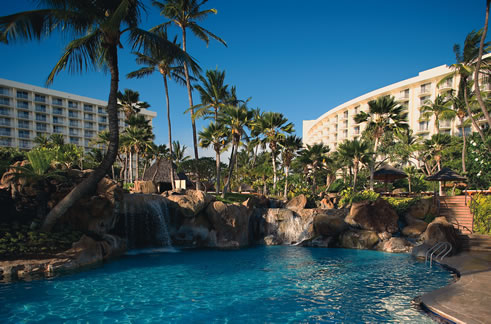 Properties that did have a deadline for the deal included:

•    The classically luxurious Westin Moana Surfrider in Waikiki: rates start at $250 a night, from now through September 29, 2009.

All rates in Starwood’s “Value in Paradise” deal vary by property and availability, so booking sooner rather than later is recommended. Taxes and fees not included.

Click here for a list of Starwood properties in the promotion, categorized by island, with links to booking pages that include the special rate.