In one of the oldest hotels in Hawaiʻi, Papaʻaina at the Pioneer Inn in Lahaina connects past to present with the use of local ingredients and culinary creativity.

At the corner of Wharf and Hotel Street in Lahaina, there’s a refreshing contrast between historic and contemporary. The Best Western Pioneer Inn, one of Hawaiʻi’s oldest hotels, is home to Papaʻaina. As an inventive and resourceful restaurant, Papa’aina serves a brunch you won’t come across anywhere else on Maui, with hyper-focused ingredients and clever spins on breakfast classics.

Lee Anne Wong, the award-winning chef and “Top Chef” alum, took the helm of the former Pioneer Inn Grill and Bar in 2019, transforming it into a true farm-to-table restaurant and aptly renaming it. The term papaʻaina can be translated to several meanings, including “eating table” and “table of the land.” Sourcing 100% of the produce, beef, pork and seafood locally, the daily crafted menu is representative of that.

Guava, loquat, longan, mango, mountain apple, and pineapple are only half of the dozen fruits that could appear on the restaurant’s tropical fruit plate. Wong always features at least 12 fruits picked at peak season to ensure that they are experienced at the height of their flavor, just as nature intended.

The brunch and smash burgers are made with beef from Lopes Farm, while the fish sandwiches, ceviche and poke are made with the morning’s catch from local fishermen. On a slice of crisp sourdough bread, the smoked ʻahi toast, a special of the day, is topped with fresh greens and brightened with a zesty citrus vinaigrette.

Wong not only introduces guests to ingredients grown or raised on the island, but also clever flavor pairings. Ham, bacon and American cheese are quintessential breakfast ingredients and seemingly simple. Paired with shiitake and miso coffee butter in a shoyu dashi, the breakfast ramen is everything you want in a bowl of ramen. Chewy noodles, hearty meat and rich broth – the ultimate comfort dish. 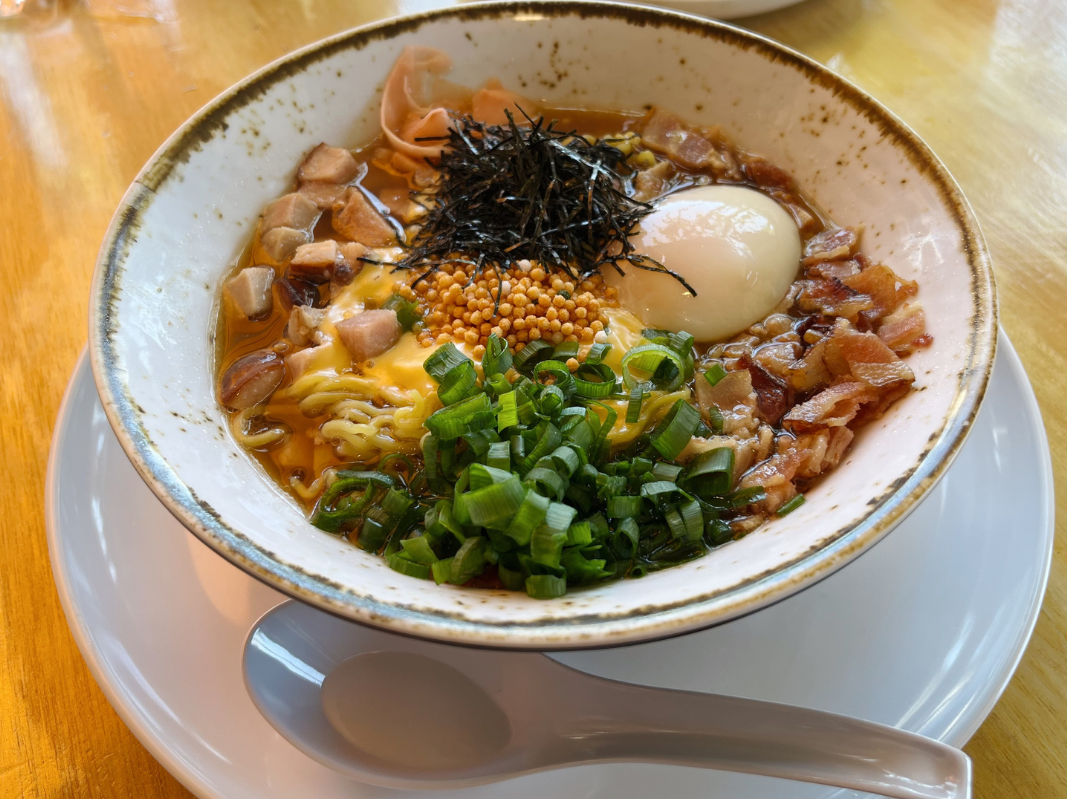 Unsurprisingly, Wong’s creativity extends to the ever-changing pastries. Furikake (sesame seeds, seaweed, herbs, fish flakes and salt) is mixed into a cheddar biscuit, adding nutty and umami flavors, which are complimented with a side of maple coffee butter.

While the restaurant is very much forward-thinking, the past and present are bridged in this relaxed gathering place.

Sitting at a table, diners can look out where hundreds of whaling ships once docked, and crowds of sailors walked the street. Papaʻaina gives a nod to this history and the 120-year-old hotel. In the bright, open-air space, the old nautical decor and rustic interior creates a cozy ambience. It’s a ripe setting to share stories over fantastic fare. 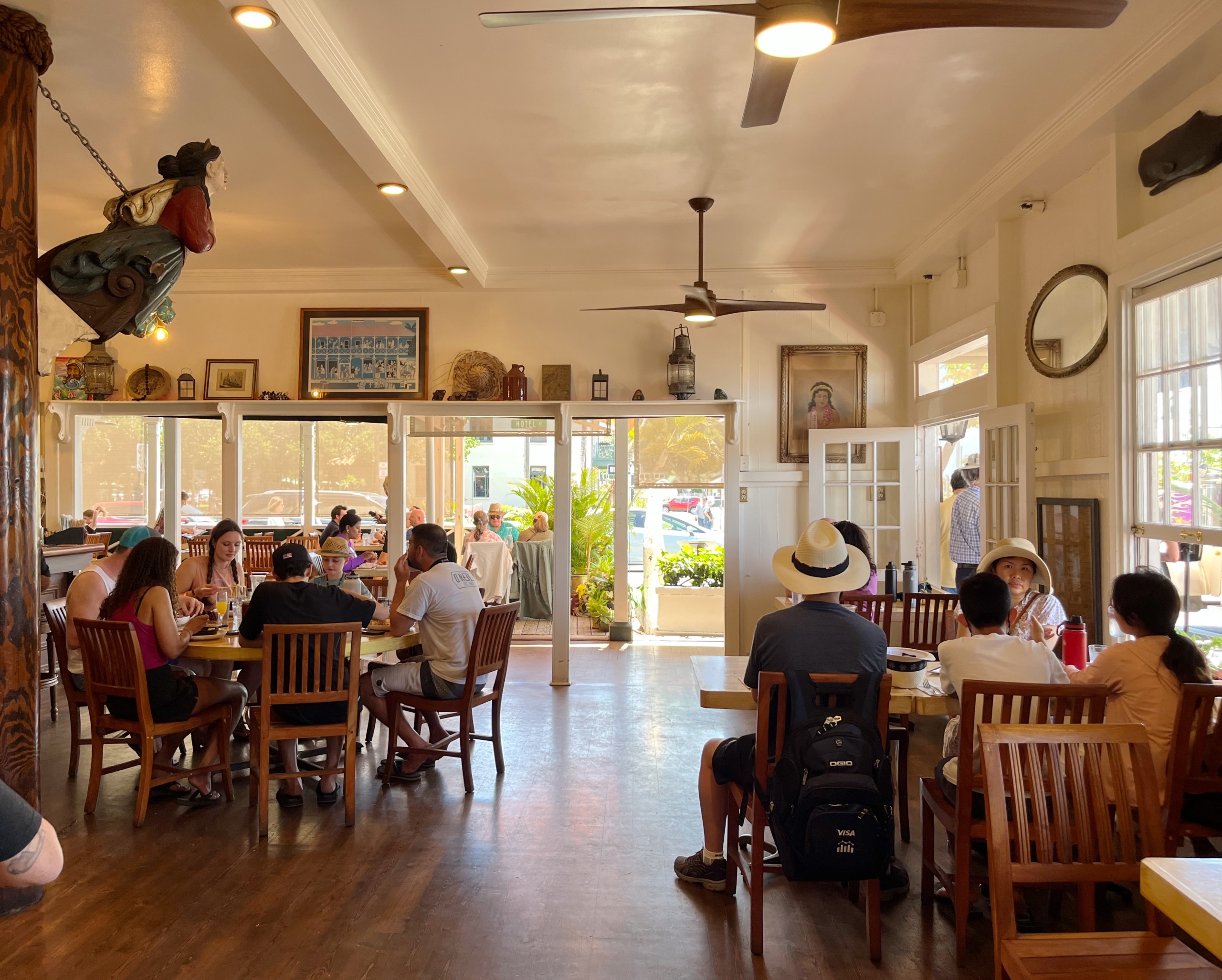 As the story goes, the Pioneer Inn was built in 1901 by George Freeland, a 6-foot-5-inch, 300-pound Englishman. The hotel was modeled after a plantation-style building on the neighboring island of Lānaʻi and much of the exterior continues to resemble how it looked in 1901. Freeland also established subsidiary businesses to the hotel, including the Pioneer Saloon and Pioneer Wholesale Liquor Co., which stood across the street. At the time, the wholesale company was the only business to hold a liquor license in west Maui.

For more than a century, the hotel has welcomed famous guests, rowdy sailors and survived periods of great change on the island. Ghost stories haunt the halls and romantic tales are whispered about the “Spencer Tracy and Katharine Hepburn Suite.” 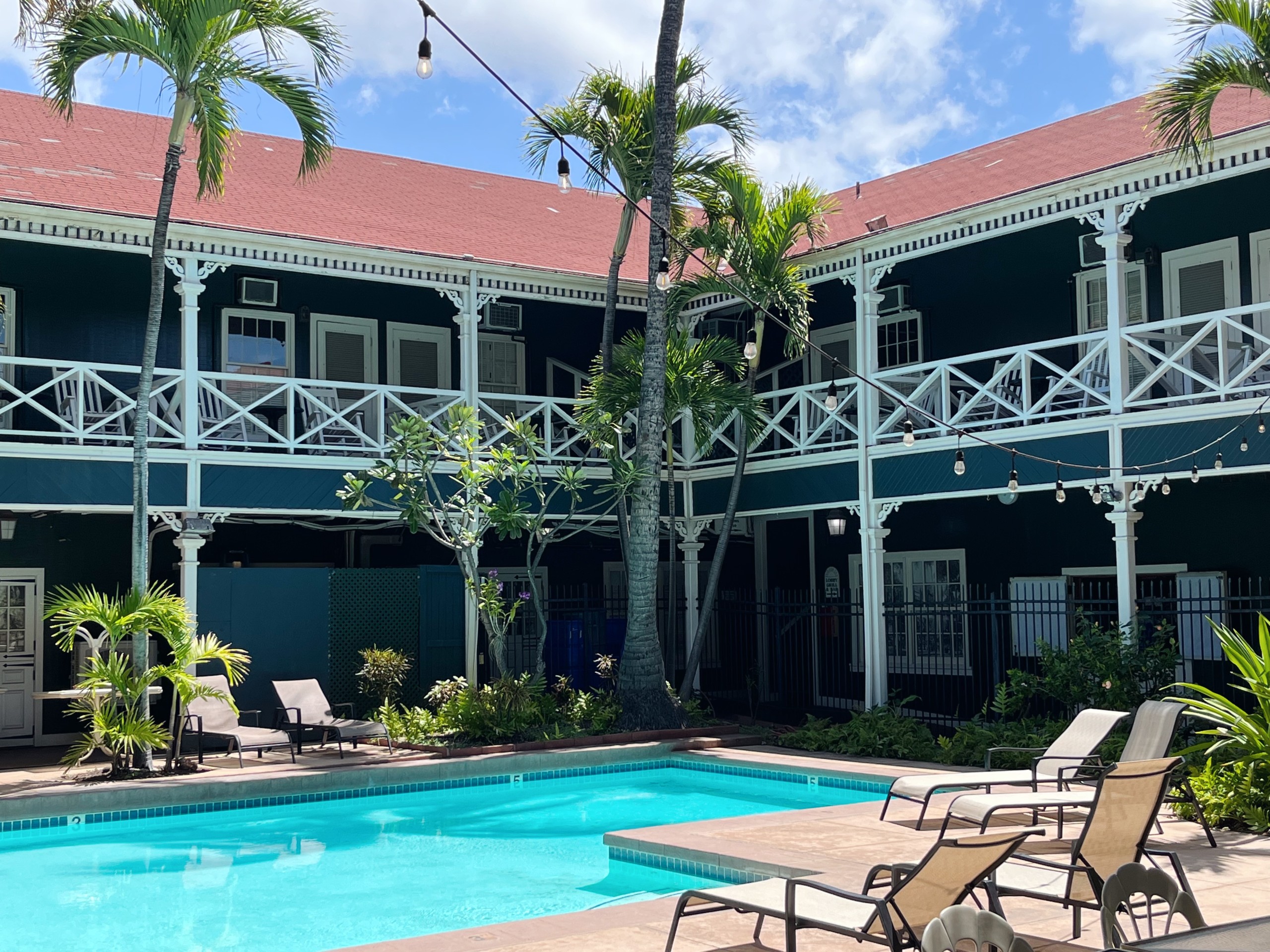 The Pioneer Inn was built in 1901 and modeled after a plantation-style building on the island of Lānaʻi.
Photo: Grace Maeda

It’s the Pioneer Inn’s rich history that attracted Wong. The New Yorker moved to Oʻahu to open the popular brunch spot Koko Head Café, and a few years later, she was ready to start her next venture. The chef spent about a year and a half looking at potential restaurant venues. Being in the heart of old Lahaina, Hawaiʻi’s original capital, Wong kept being drawn back to the hotel. “There is something so special about the Pioneer Inn,” Wong says.

“I think the best part about working here is meeting our guests who have been coming here for generations,” the chef says. “Everyone has a unique story and memories from the time they’ve spent here. There’s a particular charm when one thinks about the history of the property. I’ve heard some ghost stories from staff and customers.”

Wong took the helm of the hotel’s existing restaurant and completely reimagined it by refreshing the interior, renaming it and of course redesigning the menu. Wong admits the Pioneer Inn Grill and Bar wasn’t a culinary destination, nor a chef-driven restaurant. “One of my immediate changes was to focus on sourcing a majority of our ingredients locally and improving the quality of both the food and drinks, as well as the overall dining experience.” 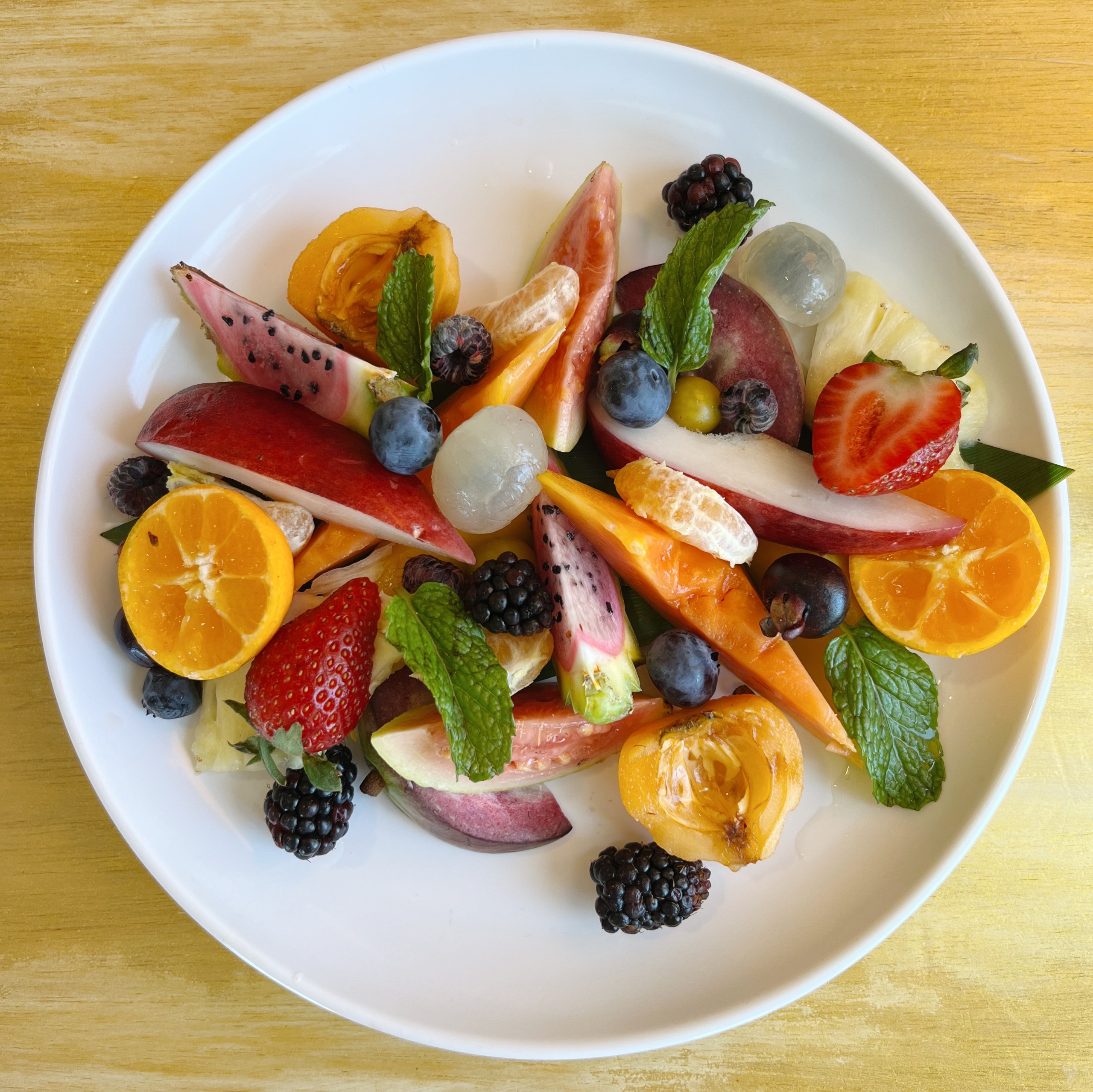 The restaurant introduces guests to a concept of not only eating local ingredients, but what’s in-season or available.
Photo: Grace Maeda

Due to Hawaiʻi’s unique climate, crops can often be grown year-round in the Islands. However, there are times of the year when tomatoes are just not quite as sweet. “Color, flavor, texture, can all play harmoniously together, no matter what time of the year it is, but cooking seasonally ensures you are using ingredients at their peak,” explains Wong. “An onion or piece of fruit from the mainland was probably harvested anywhere from six weeks to six months ago. Why wouldn’t you choose the onion and piece of fruit that was grown and harvested five miles away, within the past week?”

For Wong, the answer is clear. Sourcing from local farms not only guarantees quality, but also supports the island’s agricultural community and economy.

When the visitor industry ceased during the pandemic, Lahaina town shut down for the summer of 2020. Wong and a team of two employees managed the restaurant. “As major distributors and importers to the island struggled with the hospitality industry coming to a grinding halt, it was easy for us to work local farmers, fishermen and ranchers to not only have authentic Hawaiʻi ingredients, but the freshest ingredients possible by embracing the farm-to-table ideology,” Wong says. “If the pandemic and the current worldwide shipping situation has taught us anything, it’s that we shouldn’t rely on imported goods as one of the most isolated places on the planet.”

By sourcing produce, beef, pork and seafood from local farmers, Papaʻaina whole-heartedly brings land to table. The restaurant introduces guests to a concept of not only eating local ingredients, but what’s in-season or available. Papaʻaina stays true to its name as the link between the island and people.