Kauai native Ray Yoshida’s legacy spans from the Aloha State to the Windy City and to art galleries and collectors around the world. When he left Kauai as a young man to pursue his dreams of artistry and creative expression at the prestigious Art Institute of Chicago, it’s unlikely his friends and family knew the impact he’d have over more than 50 years in the global art community. But they almost surely knew he’d never forget where he came from.

One of the renowned leaders of the Chicago Imagists — known for their representational art in the 1960s and 1970s —Yoshida became a much-admired teacher and mentor to young artists who found their way to Chicago to learn from the master. His works hang in private collections and galleries around the world, but his home, and his difficult journey to success, remained dear to him.

Ray returned to his roots during his twilight years and continued his mentorship of aspiring artists by creating two scholarships: one for students from Kauai who attend college and study the arts, and one for Hawaii residents who are full-time students at the Art Institute of Chicago. True to his intentions, these scholarships ensure that these artists get the training they deserve.

“Leaving a legacy was very important to my uncle,” says his niece, Jennifer Sabas, “He remembered how difficult it was for him, as a young man from Kauai, to go to Chicago. He wanted to make it easier for Hawaii’s kids.”

Yoshida died in 2009, but not before realizing the impact his generosity would have on art students across the state. Sabas recalls her uncle, in a wheelchair just months before his death, meeting a young boy who told her uncle that one day, he’d get that scholarship. “He smiled that day,” said Sabas. “He knew he’d done the right thing.”

Local Students Hone Their Artistic Expression Thanks to One Man, His Dream and Their Shared Dedication 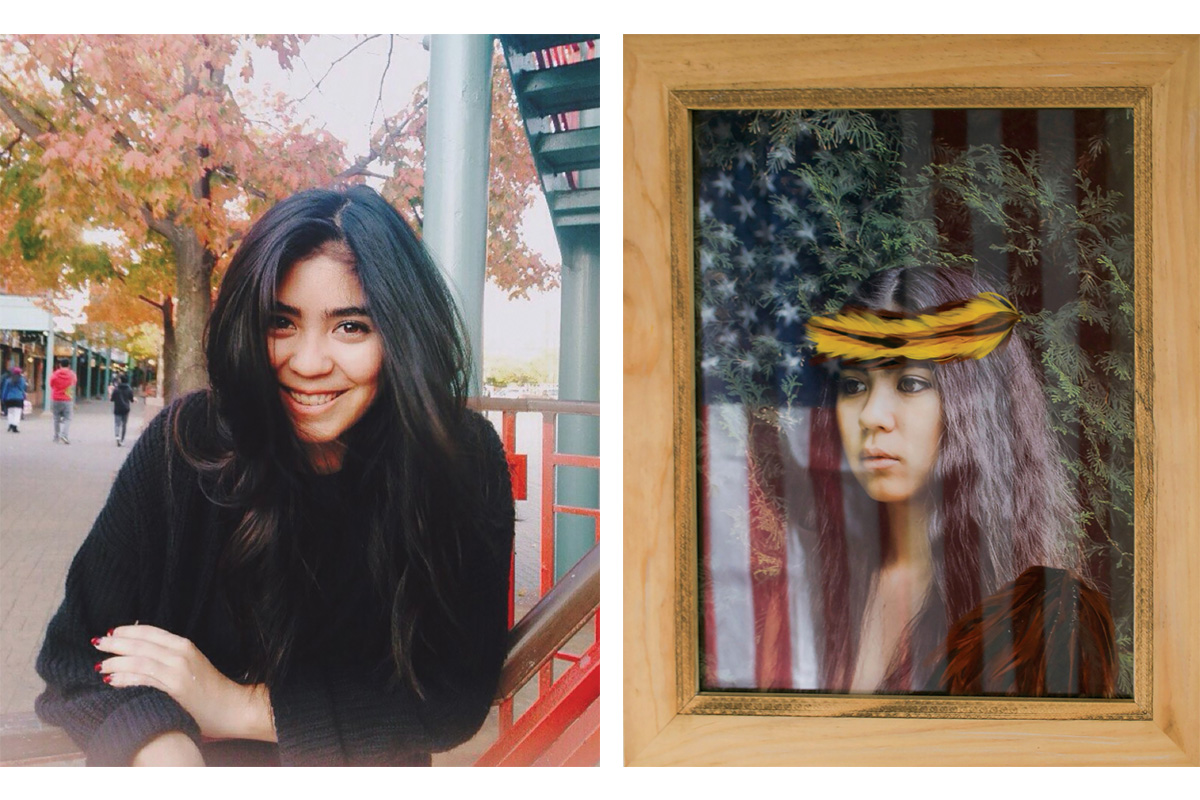 “My work is often created with fiber and materials from my home in Hawaii. Each piece confronts the history of colonization in the Pacific, and is always filled with kaona (hidden meaning).  Art is powerful because it has the ability to confront. The provocative nature is really what can change people, their thinking and their reality. My ultimate goal as an artist is to celebrate and advocate for the Native Hawaiian community, within and beyond the United States. The art community in Chicago has developed many accessible community art spaces that really empower people! In Hawaii, I hope to create spaces where our kupuna can create and sell art, chat and eat with each other, gain friendships and a strong sense of community, and feel empowered. I’d also like to provide art therapy to the developmentally disabled and our aging populations. Art provides them an opportunity to freely and nonverbally express themselves through the gesture of a paint stroke or the small movements used to knit.

I’ve been lucky enough to learn from a professor who studied under Ray Yoshida. And I’ve heard all about his sense of humor and his legacy as one of the Chicago Imagists.” 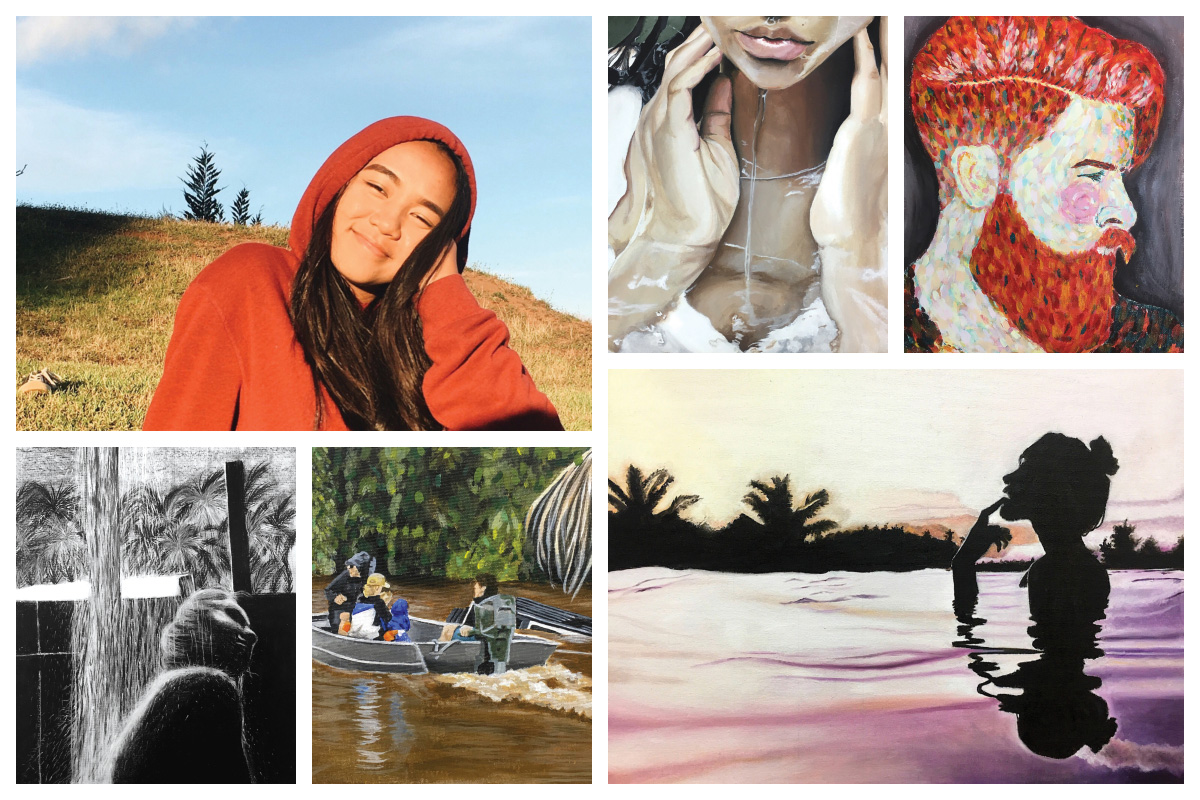 “For the most part, my paintings focus on the realistic portrayal of people. My peers at school are one of the biggest sources of inspiration because when I see their work, it helps me develop my own style. Social media is also a huge part in my creative process. Online artists have helped me develop my style by showing me compositions and color palettes I haven’t seen before.

Growing up on Kauai, I’ve always felt disconnected from the continental United States and I felt I would never be able to grow and be recognized beyond the island I grew up on. Yoshida showed me what is possible because he created a name for himself in an urban art scene like Chicago, and he contributed so much to an art movement. I would love to grow in such a way, be known as an artist, and have the means to help the students on Kauai, like Yoshida did for me. 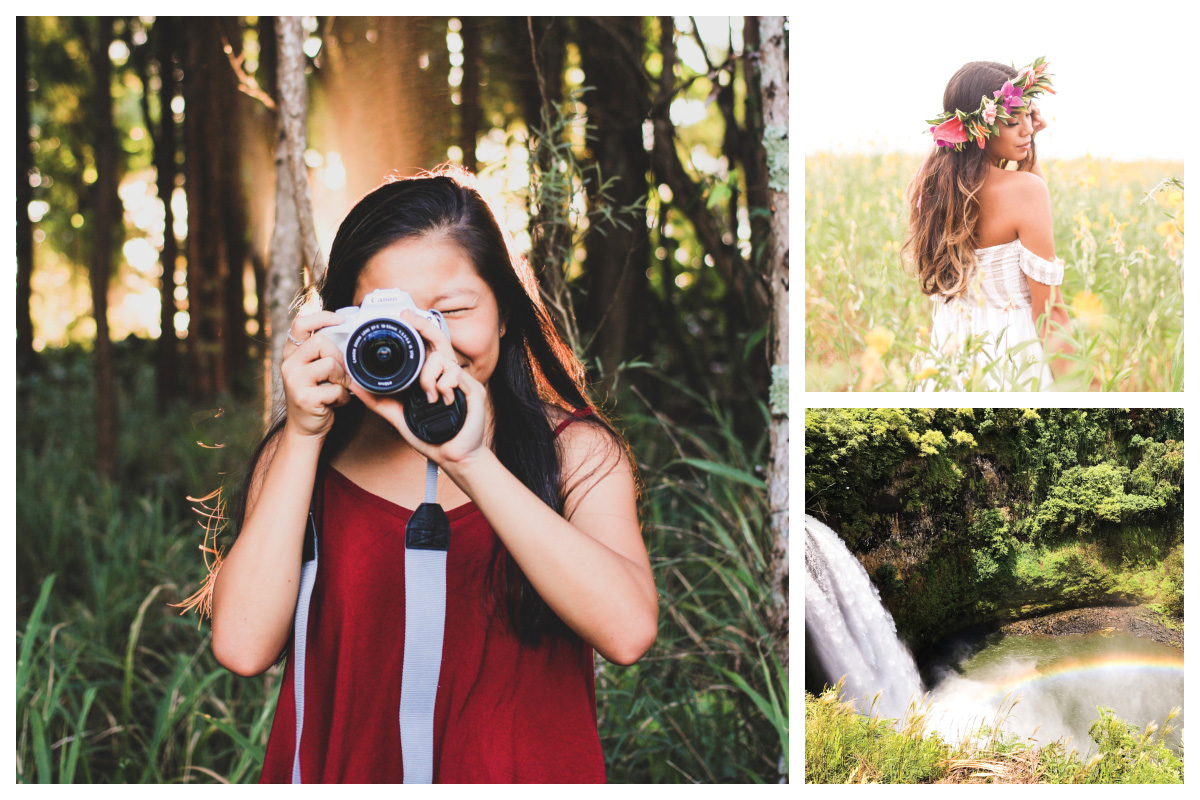 “Most of my art is media-based, which involves any sort of film, photography, etc. I use the platform of media to create works that convey a message, hoping to touch on topics that are relevant to society and our generation. Art expands our horizons beyond what our minds thought possible. It makes us appreciate the world more, each time we look. I’d like Hawaii’s next generations to flourish and add to Hawaii’s diversity in the arts, and in all other aspects of our communities. My biggest wish for Hawaii is for it to remain rich in its culture and to not submit to too many outside influences that could potentially change who we are as a people.

As a young, aspiring creator, Ray Yoshida’s story really speaks to me. His support has given me the opportunity to instigate change. It also reminds me that we don’t have to come from much to make a big difference.”