The 8 Flowers for the 8 Main Hawaiian Islands

Sure, Hawaiʻi has a state flower, but did you know each island also has its own official flower?

Hawaiʻi is the land of beautiful pua (flowers). From the coastlines to the fiery crater of Kīlauea, rare and stunning flowers can be found growing across the Islands. These flowers have been important symbols in Hawaiian culture. Stories of the Hawaiian gods are often connected to many flowers, while some varieties were once used for medicinal purposes by early Hawaiians. And when the flowers are strung together, they create stunning lei. Today, lei is synonymous with Hawaiʻi as a symbol of aloha. However, what is less known are the pua that represent each island. While the maʻo hau hele, the yellow hibiscus, is the state flower, each of the eight main Hawaiian Islands has its own official flower and color, too. 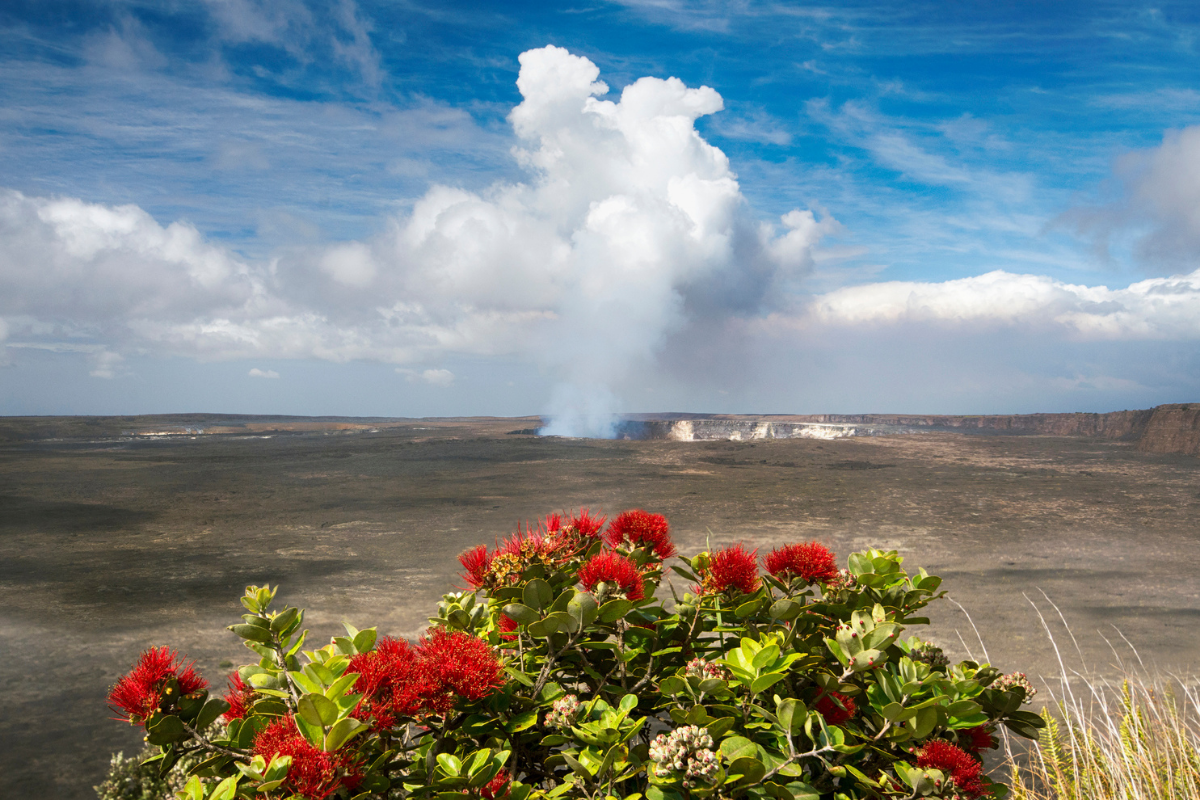 The beautiful yet resilient ʻōhia lehua can grow in the harsh, volcanic conditions.
Photo: Getty Images

As the youngest island, Hawaiʻi Island is still being shaped by the active volcanoes spewing lava, where it’s also said the fire goddess Pele lives. The Big Island’s color is fiery red and the bright red ʻōhiʻa lehua (Metrosideros polymorpha) is the island’s official flower. The resilient tree grows in a range of environments, including the crater of the active Kīlauea volcano where it has adapted to grow in lava rock.

The flower is also the subject of a moʻolelo (legend). One version tells the story of when Pele met a strong warrior named ʻŌhiʻa. She asked him to marry her, but ʻŌhiʻa already pledged his love to Lehua. Raging with hot fury, Pele turned ʻŌhiʻa into a twisted tree. Lehua was left alone and devastated. The other gods took pity on Lehua and decided to turn her into a flower on ʻŌhiʻa’s tree so the two lovers could be united. The legend says if the lehua flower is picked, ʻŌhiʻa will cry and his tears come down as rain.

READ MORE: 5 Things You Need to Know About the ʻŌhiʻa Lehua Tree

The color of the Valley Isle is pink from the petals of the island’s flora emblem, the Lokelani rose. The flower is a Damask rose and is incredibly fragrant but extremely rare. And interestingly, the rose is not native to Hawaiʻi like the other flowers.

The golden kaunaʻoa (Cuscuta sandwichiana ) paints the island of Lānaʻi orange. The Hawaiian dodder is an endemic vine, growing low to the ground along beaches and coastlines. The thin, leafless stems are yellow or orange and are sometimes dotted with tiny flowers. While the dainty flowers are quite beautiful, the plants are parasitic. The vine wraps itself around other species to draw nutrients. In ancient Hawaiʻi, kaunaʻoa was combined with other plants to treat colds, clear the gastrointestinal tract, and assist women before and after childbirth.

Kahoʻolawe is the smallest of the eight main Islands and uninhabited. The island is marked by the color gray from the silvery hinahina kū kahakai (Heliotropium anomalum). The shrub blankets beaches and rocky coastal areas with its silvery-green leaves. It’s believed these leaves were used to make medicinal tea. The plant also produces small, white fragrant flowers. 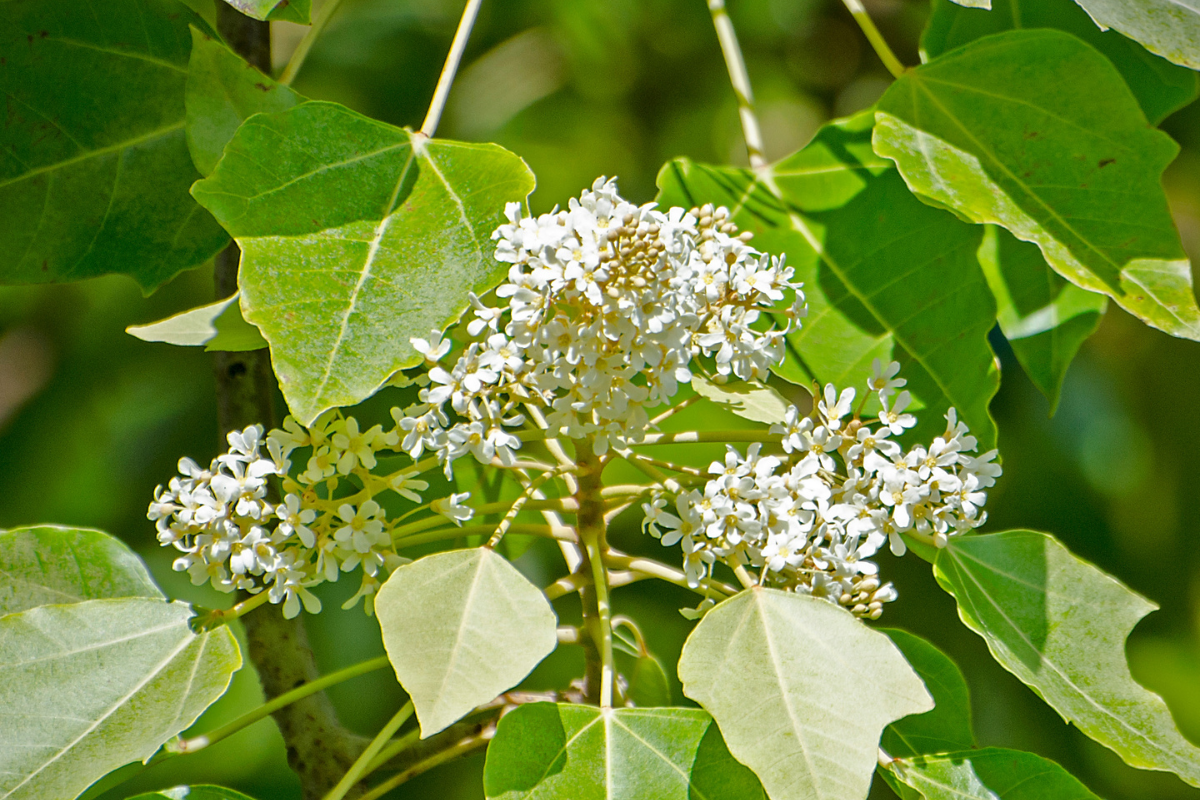 Molokaʻi is covered in green and it’s fittingly the color of the island. There are no chain restaurants or businesses, just open land where it feels like old-school Hawaiʻi. The island’s flower is the pua from the kukui tree, which is also called the candlenut tree (Aleurites moluccanus). The ivory-colored flowers are delicate with a light fragrance. The kukui tree is also the state’s official tree. Early Hawaiians first brought kukui from Polynesia as a canoe crop. Kukui served many purposes including a light source because the oil from the kernel is highly flammable. The kernels were strung together and lit one by one. Today, kukui nuts are often strung together to create lei. (Don’t worry, these lei are not flammable.) 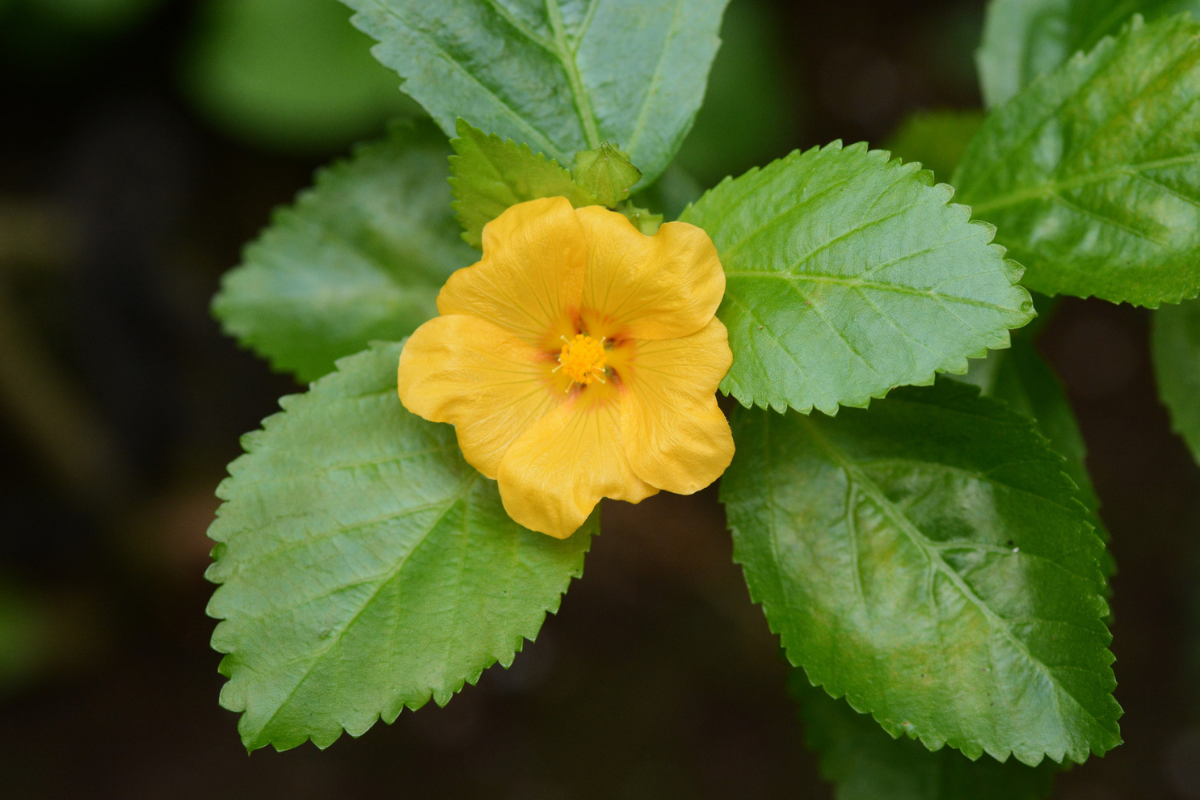 The ʻilima flower is a part of the Hibiscus family.
Photo: Getty Images

Nicknamed the Gathering Island, Oʻahu is bustling with residents, visitors, businesses and endless activities. The island’s color is yellow, and its flower is the pua from the ʻilima (Sida fallax), an herbaceous plant in the Hibiscus family. Ancient Hawaiians harvested the golden flowers for medicinal purposes and lei. Today, the flowers are still used for stinging together flowers, but because the blossoms are paper-thin, it requires between 500-1,000 flowers to create a single lei.

The lush Garden Isle is teeming with bold flowers and verdant plants. The island’s color is a regal purple and its flowers come from the endemic mokihana tree (pelea anisata). The native citrus tree grows in wet forests only on Kauaʻi. As mokihana translates to odor or fragrance, the tree’s thin leaves give off a strong scent resembling anise when crushed. The bright green berries are strung together to create stunning lei.

Unlike the other islands, Niʻihau does not have a flower. Instead, it is known for its extraordinary white shell lei, where the color originates from, too. There are small, gorgeous white shells that are found only on the island of Niʻihau. The shells are like diamonds and strung into luxurious lei. The lei are true works of art and can sell for hundreds and thousands of dollars.