A week ago, we gave anxious HawaiiMagazine.com readers the premiere date of a filmed-in-Hawaii episode of Food Network’s popular Diners, Drive-Ins and Dives.

The network brass happily gave us the date and time of the first airing: April 5 at 10 p.m. EST. But when we asked for some follow-up about the Hawaii episode, they were silent.

We were as curious as our readers for more intel. Maybe too curious. Maybe too annoyingly curious.

For example, we wanted to know …

• Which of the many Hawaii restaurants visited by spiky-haired host Guy Fieri and his film crew last October made the episode’s final cut?

• Which restaurants were ultimately left on the editing room floor, since DD&D’s episodes are just a half-hour, and Fieri ate a whole lot while he was here?

• What criteria did the restaurants have to meet to even get Fieri in the door?

• And finally, what did Fieri title the Hawaii episode?

As it turns out, a phone call to the good folks at the Oahu Visitors Bureau was all we needed. 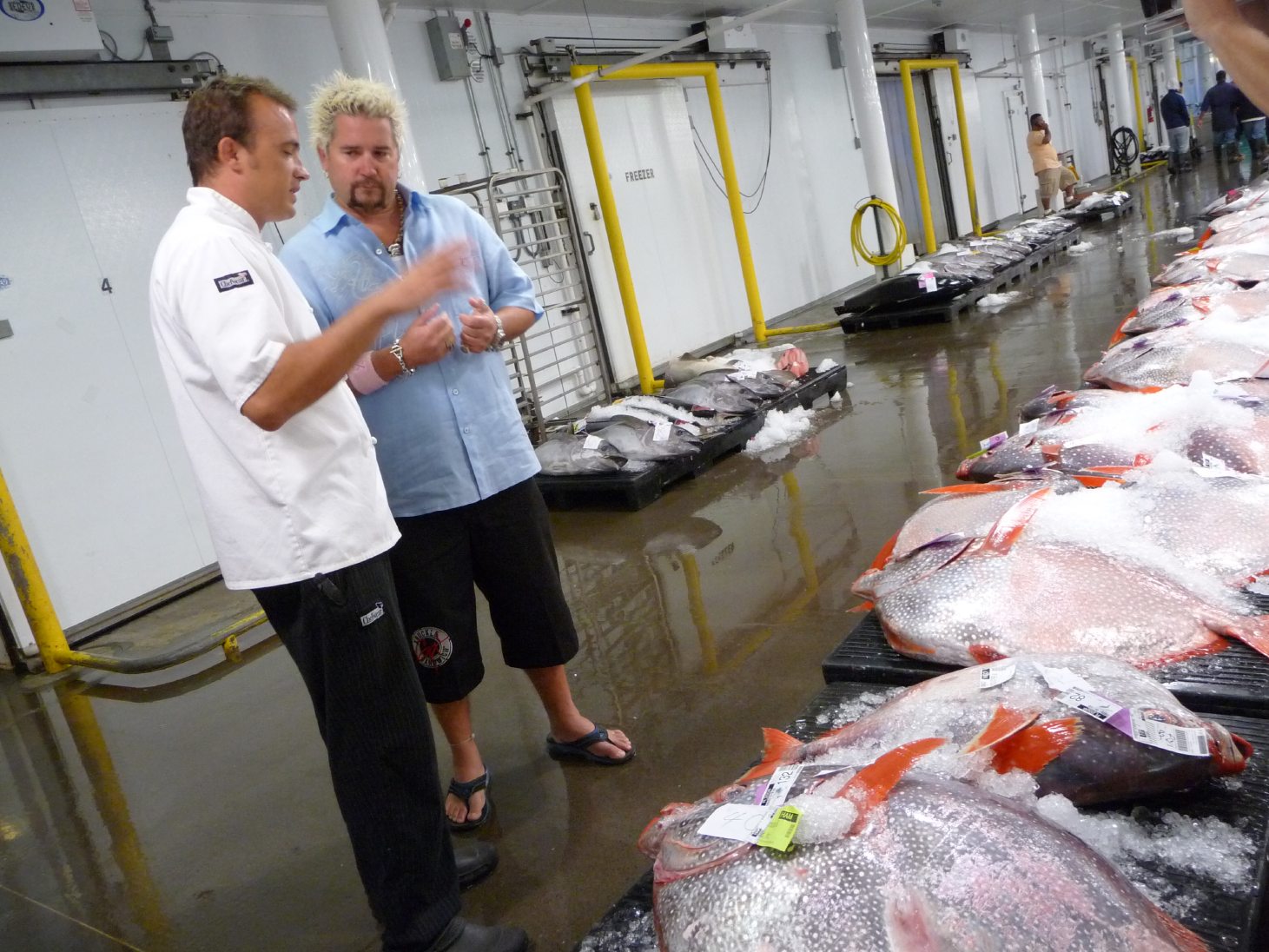 The Oahu eateries that made the final cut of the episode, “Diners, Drive-Ins and Dives Goes Hawaiian” are:

The Oahu eateries that didn’t make the April 5 Hawaii episode won’t be wasted. Look for each to get TV time as stand-alone segments in these future episodes of DD&D:

Getting Fieri and the DD&D crew to even consider a Hawaii episode of the show wasn’t easy. The Oahu Visitors Bureau put in a fanatical amount of research, logistical planning and legwork just to get the show’s producers interested in filming here. 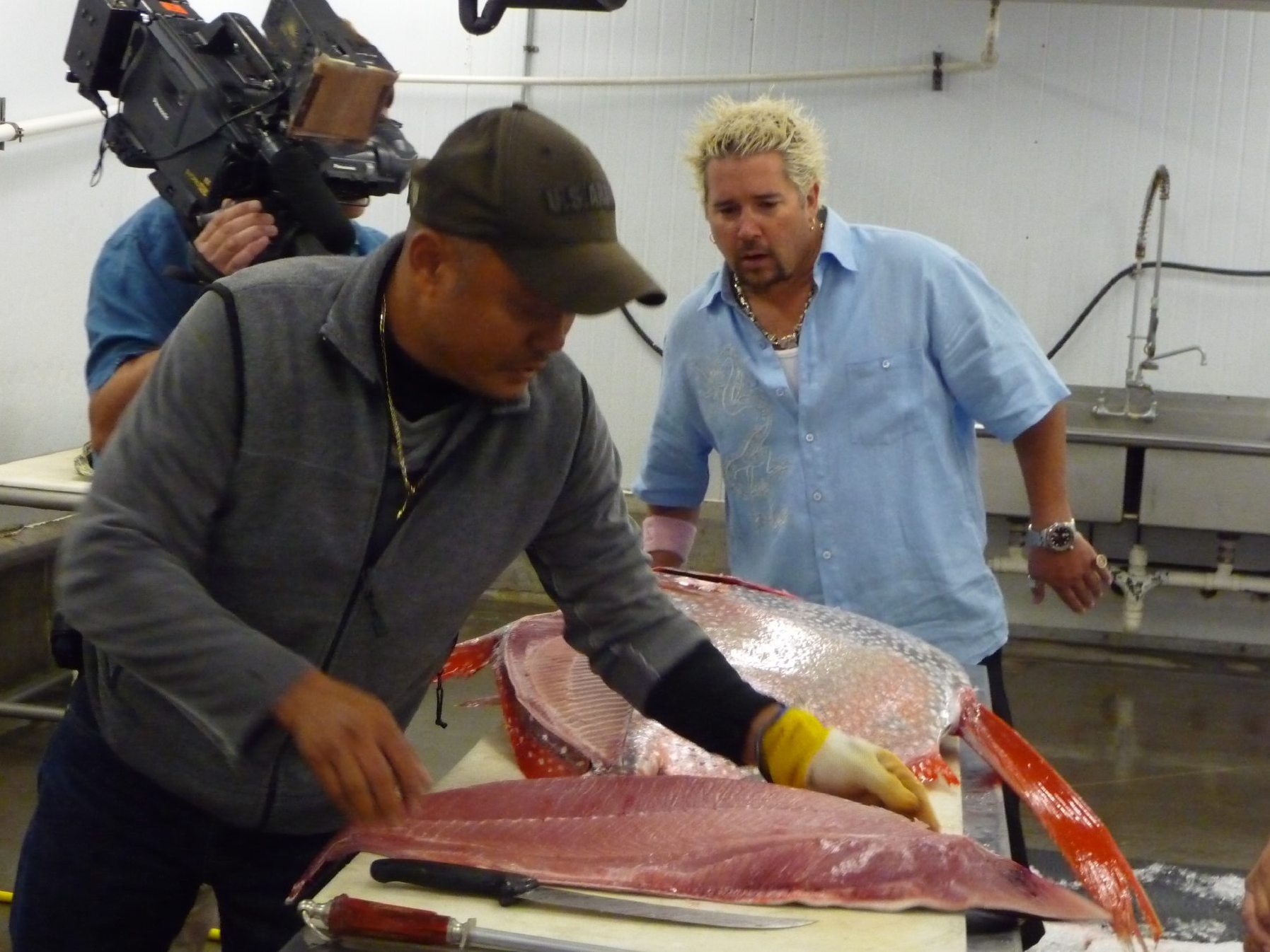 Oahu was too far away, said DD&D’s show runners. It would be too expensive, they argued. Oahu wouldn’t have enough diners, drive-ins and dives to choose from, they insisted. And worst of all? Guy wouldn’t be able to cruise up to Hawaii restaurants in his cherished 1967 Chevy Camaro SS. (Darn, that Pacific Ocean!)

The OVB addressed every concern DD&D producers threw at them. The most difficult of these tasks? Compiling a list of Oahu dining establishments that met the show’s strict criteria.

Some of those guidelines included:

•  Restaurants must not have been featured on Food Network within the previous six to seven years.

•  All dishes featured must be made in-house using fresh (never frozen) ingredients. Gravies and sauces must be made from scratch.

• Restaurateurs must be willing to disclose recipes of all featured dishes. If recipes involve “secret ingredients,” a majority of these must be revealed.

• All restaurant staff appearing on camera must be “interesting and dynamic” and willing to remain at the location for the complete duration of DD&D filming.

• Restaurants should have only one location. Hank’s Haute Dogs, which has two locations, was a rare exception.

A DD&D-approved list in hand, the Oahu Visitors Bureau informed restaurateurs that the show was interested, got them fully excited, then waited with them a full two years before Fieri and Co. finally arrived for filming last October. Fieri pulls up to each establishment in a Woody borrowed from a Honolulu resident.

Make sure to check out our full rundown of Fieri’s diverse Oahu dining adventures here.