A 30-foot deep molten lava lake began forming on the floor of Kilauea volcano’s Puu O‘o crater this week, fed by the newest phase of activity from the longtime eruption.

USGS geologists at the Big Island’s Hawaii Volcano Observatory captured the video on the bottom of this page on a Wednesday flyover of the crater. The video’s first half shows lava actively pulsating and spattering on the surface of a small lava lake in the north floor of the crater. The final portion of the video, sped up with a wider view of the eruption site, shows how the spattering vent is feeding flows on the crater floor.

HVO geologists believe the vent opened at 6 a.m. Wednesday morning, creating a lava lake on the crater floor up to 33 feet deep by 10:30 a.m. the same day. HVO reported this morning that similar lava activity was continuing on the floor of the Puu O‘o vent.

Want to see the lava lake firsthand? You’ll have to be a bit resourceful.

Puu O‘o is located in Hawaii Volcanoes National Park’s remote east rift zone, where even the closest trails to the vent keep hikers a safe distance away. The best views of this eruption are from helicopter tours, which fly over Puu O‘o and its surrounding lava fields stretching down to the Puna coastline. 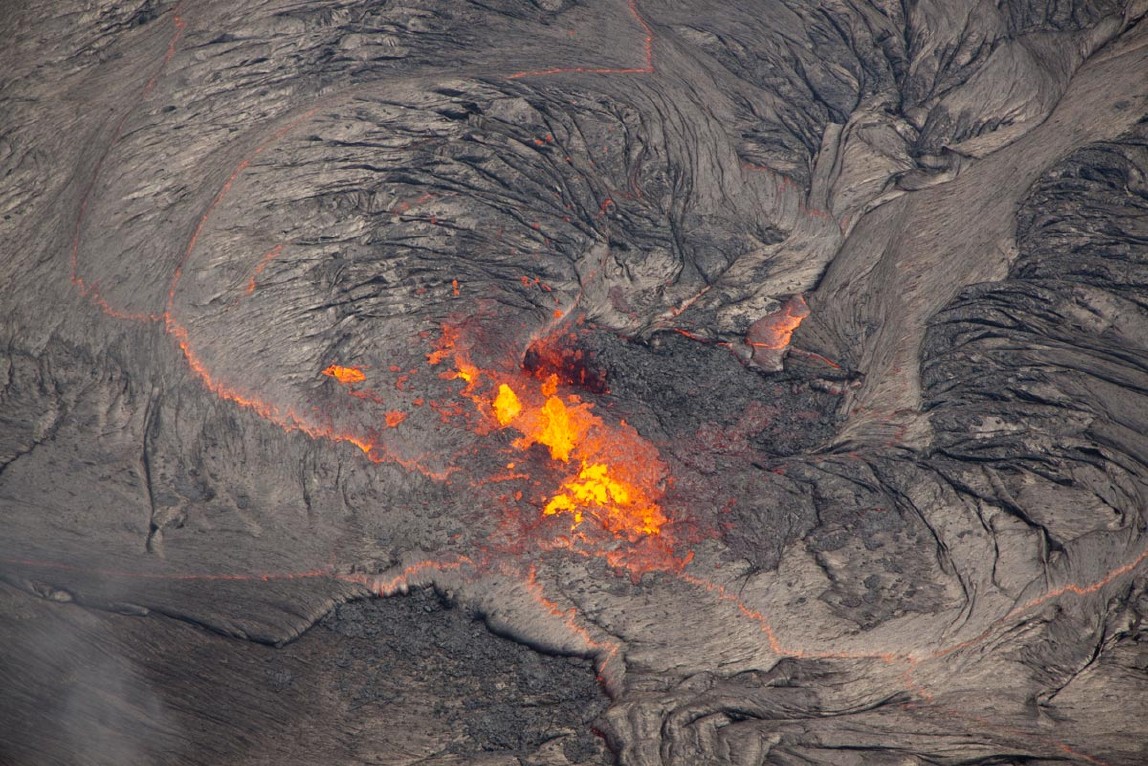 Underground and surface flows from Kilauea’s Puu O‘o vent have been the main feeders of lava to the Puna coastline since the vent first burst to life on January 3, 1983. According to HVO scientists, Puu O‘o has produced the largest volume of lava in Kilauea volcano’s east rift zone in five centuries. The vent’s 27 years of continuous eruptive activity and ocean-reaching flows have added more than 500-plus acres of land to the Big Island coastline.

Puu O‘o last made worldwide headlines in July, when lava flows from the vent claimed a home in the Kalapana area. Between April 1990 and February 1991, the small town of Kalapana and its Kalapana Gardens residential subdivision had been largely destroyed by lava flows from Kupaianaha, a now inactive vent two miles northeast of Puu O‘o.

Though Kilauea had sent flows to the coastline further south of Kalapana for much of Puu O‘o’s eruptive life, the last flow to enter the Puna district town happened in 1992. Lava from Puu O‘o is still creating new land on the Puna coastline, fed by an underground tube system.

Kilauea volcano’s summit Halemaumau crater vent has been producing a steam and ash plume from an expanding crack in its floor since March 2008. Halemaumau’s occasionally explosive eruptive episodes are visible to Hawaii Volcanoes National Park visitors from the Hawaiian Volcano Observatory’s Thomas A. Jaggar Museum overlook.

Click on the frame below for Hawaii Volcano Observatory video of the Puu O‘o lava lake in action: 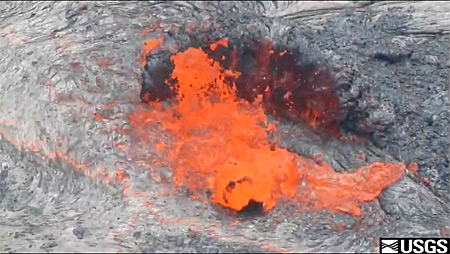