Beginning this Saturday, Aug. 16, hundreds of ocean sports aficionados will speckle the waves and shorelines of Waikikiʻs beaches to celebrate the birth-week of Duke Kahanamoku, the famed Hawaiian waterman and Olympian known to many as “the father of surfing.”

Organized by the Outrigger Duke Kahanamoku Foundation (ODKF), the 13th annual Duke’s OceanFest celebrates the life and accomplishments of legendary Hawaiian waterman Duke Kahanamoku. From Aug. 16 through Aug. 24, competitors and spectators alike will gather at Waikikiʻs beaches for daily water sports competitions and exhibitions. The weeklong festivities will include tandem surfing, a one-mile swim race, a stand-up paddleboard showdown, longboard surfing, a canoe regatta in honor of U.S. armed forces and Wounded Warriors and more. And all of it will be visible from Waikikiʻs beaches if you just want to watch from the shoreline.

For a detailed schedule of Dukeʻs OceanFest events, click here.

Born in 1890, Duke Paoa Kahanamoku spent his early years on his traditional koa longboard in the breaking waves off of Waikiki. At age 22, he joined the U.S. Olympic swimming team and went on to win five Olympic medals in competition, three of which were gold. Kahanamoku’s accomplishments were not solely limited to surfing and swimming: he was also a lifeguard, an actor, a Honolulu sheriff and, according to ODKF, the “father of international surfing.” Despite his impressive accomplishments, Kahanamoku was a humble man who embodied the aloha spirit. He is remembered statewide as Hawaii’s “ambassador of Aloha” for the gracious hospitality he showed to visitors and residents alike. 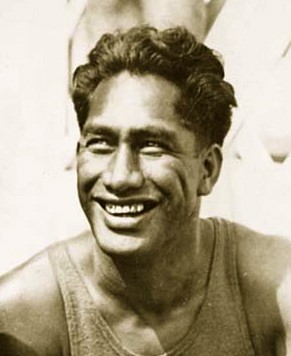 Duke Kahanamoku in his youth.

Duke’s OceanFest kicks off its weeklong celebration of Hawaii ocean sports and its namesake waterman bright and early on Sat., Aug. 16, with the Duke Kahanamoku Menehune Surf Fest, featuring the youngest generation of surfers in daylong short- and longboard competitions. In the late afternoon, there will be a lei procession and draping of the iconic Duke Kahanamoku statue fronting Waikikiʻs Kuhio Beach. At the annual lei draping, colorful, fragrant pua (flowers) are placed on Kahanamokuʻs statue to honor his birthday. 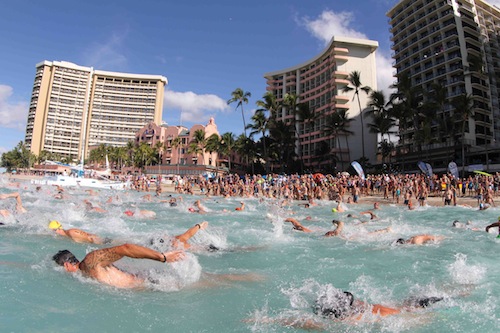 Duke’s Oceanfest is a benefit for the Outrigger Duke Kahanamoku Foundation, which supports athletic events and gives grants and scholarships to Hawaii student athletes participating in ocean sports and volleyball. For more information about ODKF and their beneficiaries, click here.

A Soulful 72 Hours in Hilo