World’s newest beach is in Hawaii

The last few days—while eyes have been on the shifting plume of steam and toxic gas at the 4,000-foot summit of Kilauea volcano—the fire goddess Pele has been creating the world’s newest beach an hour’s drive away.

On Wednesday, I headed from my home near the summit to the end of Highway 130 to watch the spectacle of lava flowing into the sea.

The parking area is overseen by Hawaii County workers, who have got to be the world’s friendliest civil servants. From there I could see three huge plumes of steam gushing into the air. It’s a 10-minute walk with a stream of other lava seekers to the taped-off viewing area.

A few hundred yards away, the spectacle is there before you: the ocean roiling as molten lava oozes in, huge plumes of white steam furiously unfolding and pushing up to the sky. After dark, fingers of red-orange lava glow against the black rock. 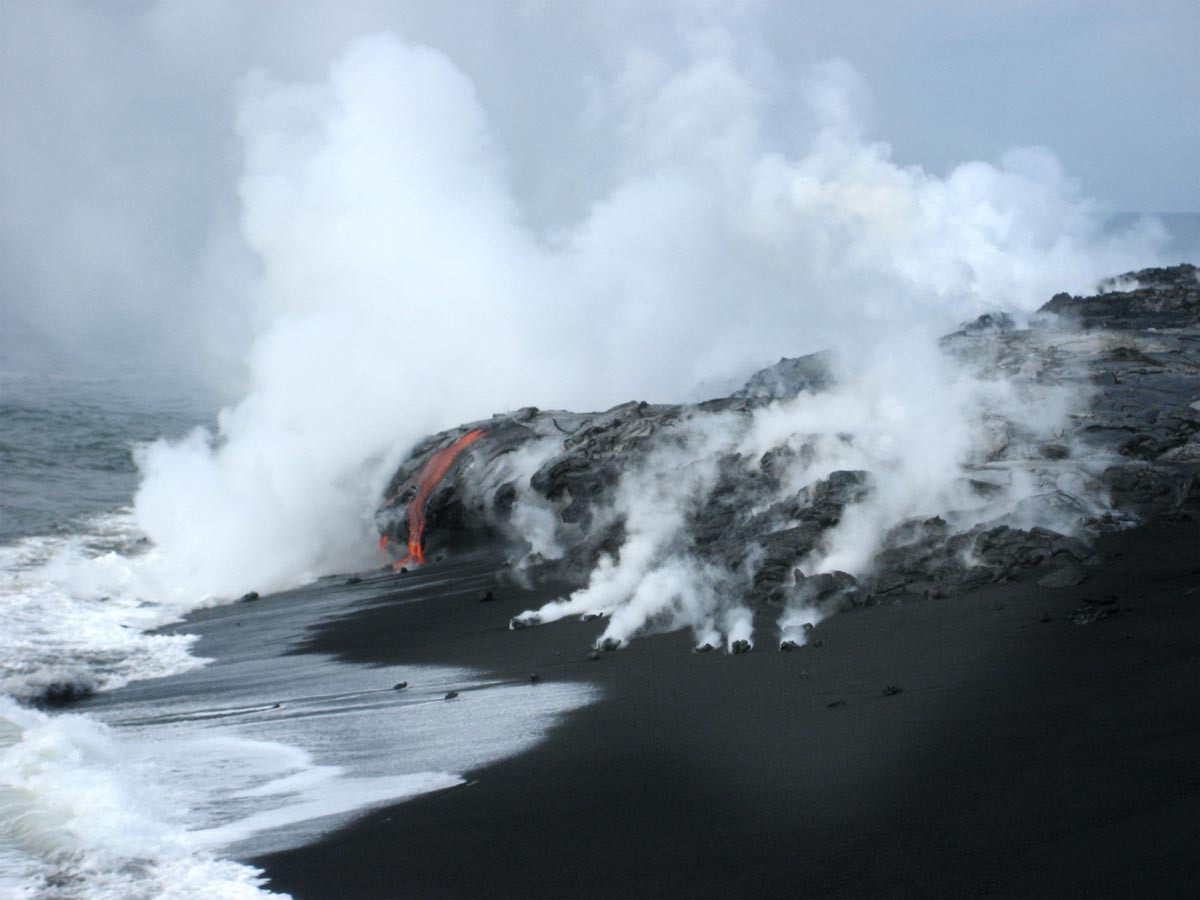 Just beyond the viewing area, some visitors leave ho’okupu (offerings)—flower lei and other gifts wrapped in ti leaves. These are to honor Pele.

Also just beyond where I stood was Pele’s newest creation—a tiny apron of black sand growing beside a rivulet of molten lava. As the lava meets the ocean, it sends up a plume of steam peppered with tiny flecks of flash-cooled lava rock. Then the ocean current pushes these little shards of rock back up on shore to create new little beaches like this one.

It’s beautiful, but definitely not suitable for swimming just yet.