From a highway lined with shrimp trucks to Turtle Bay Resort, there’s plenty to see and eat in this colorful town.

When people think of Oʻahu’s golden North Shore, Haleʻiwa is often the town that comes to mind. But those who drive further north will find the small town of Kahuku. Situated on Oʻahu’s northeastern coast, the town of Kahuku lies between Haleʻiwa and Laie.

During Hawaiʻi’s sugar era, Kahuku was once a booming agricultural hub thanks to the Kahuku Sugar Mill. Since the end of the industry, Turtle Bay Resort now draws guests as well as film productions to the region. But there’s so much more to Kahuku. Travelers will find streets lined with the North Shore’s famous shrimp trucks along with local farms and colorful shops to tour. So, make sure to visit Kahuku hungry.

1. Fuel up at Country Eatery & Juicery 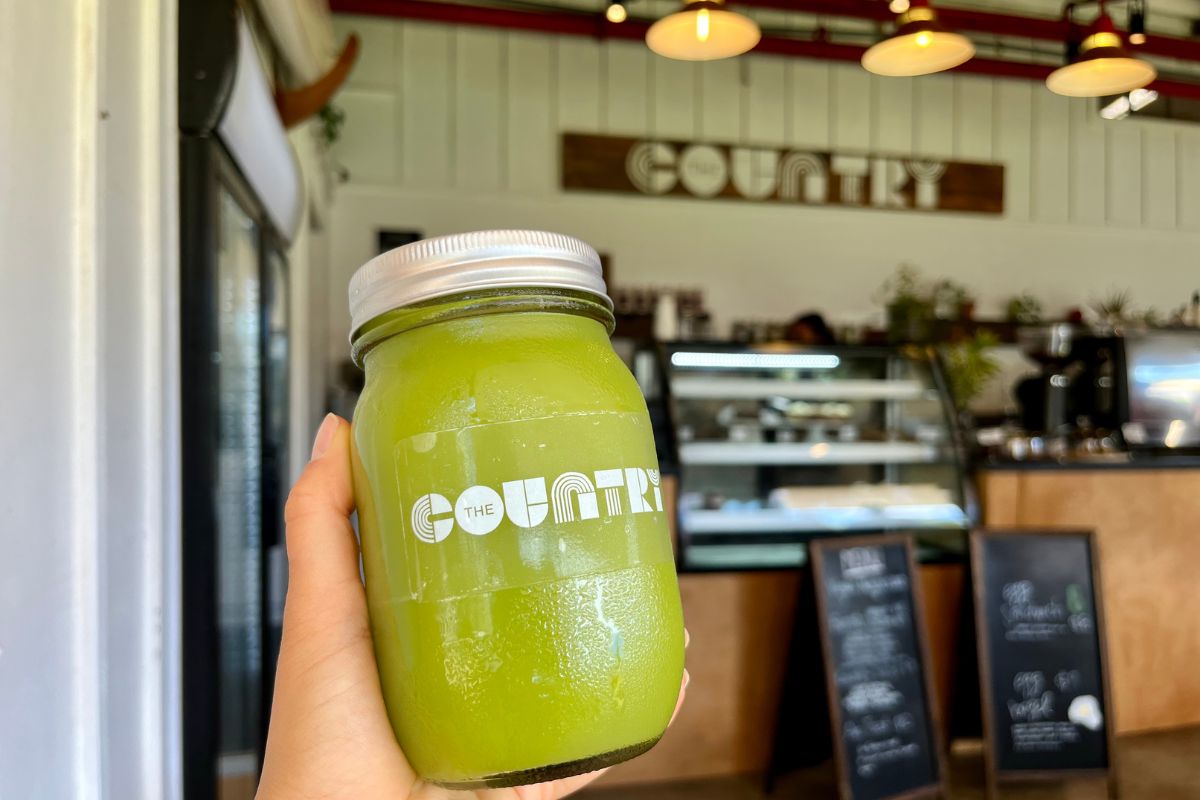 Stop to sip on a refreshing juice from Country Eatery.
Photo: Grace Maeda

Start a day in Kahuku with a nutritious meal. After all, the rest of the day will be filled with buttery, fried shrimp. At Country Eatery & Juicery, diners can sit down in a breezy courtyard to eat brioche egg sandwiches and veggie burritos, stuffed with roasted sweet potatoes and caramelized veggies. Before leaving, make sure to grab an organic cold-pressed juice or natural soda for the road.

2. Hike to the northern point of Oʻahu 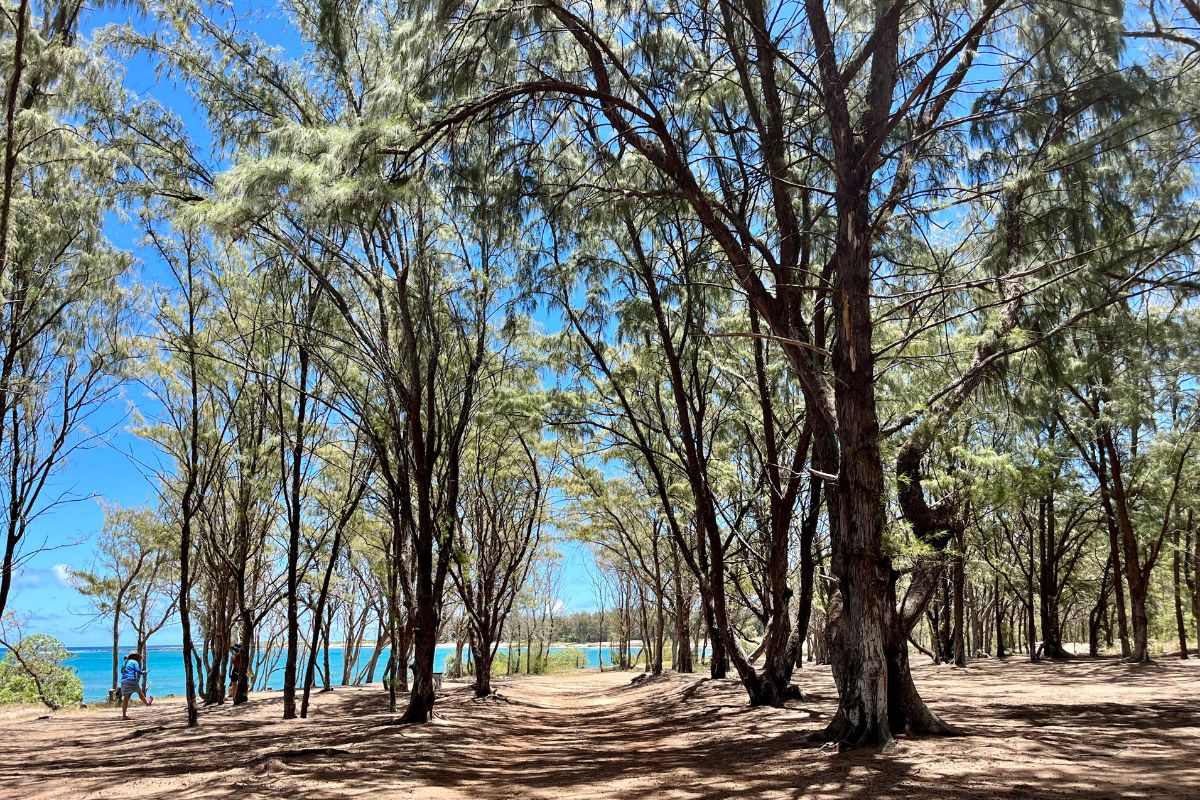 Venture to the northern-most tip of Oʻahu, also known as Kahuku Point. From the Turtle Bay Resort parking lot, it’s a leisurely walk that passes quiet stretches of stunning white sand beaches. Along this flat, kid-friendly trail, there are many spots to swim or rest on a secluded beach. And at the point, hikers can experience breathtaking views of the Pacific Ocean. Sea birds can be spotted and sometimes Hawaiian Monk Seals, too. There are also connecting paths for longer hikes east and west of Turtle Bay Resort. 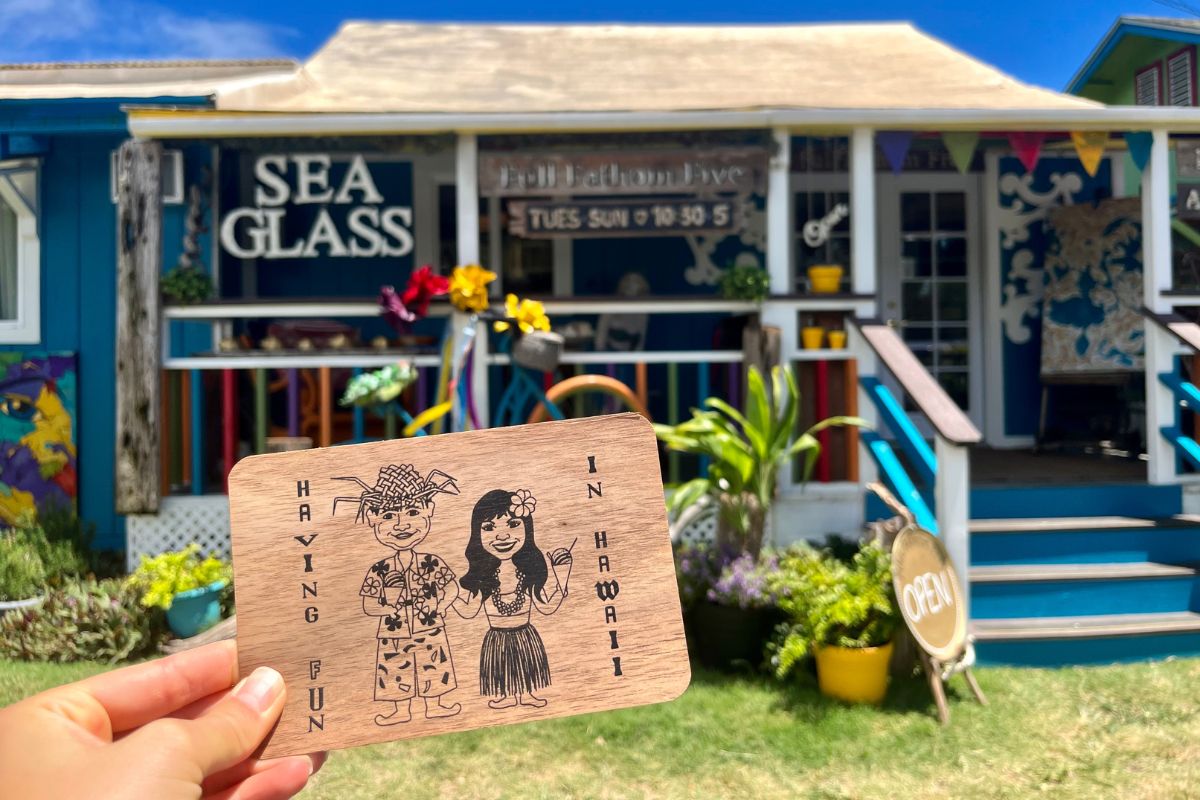 Pick up a postcard from a local art gallery.
Photo: Grace Maeda

Eclectic art and antique collectors should stop at Full Fathom Five. The art gallery is in a cluster of colorful stores and features work by dozens of local artists. Here, shoppers can find unique paintings, sea glass jewelry and post cards made from koa wood. 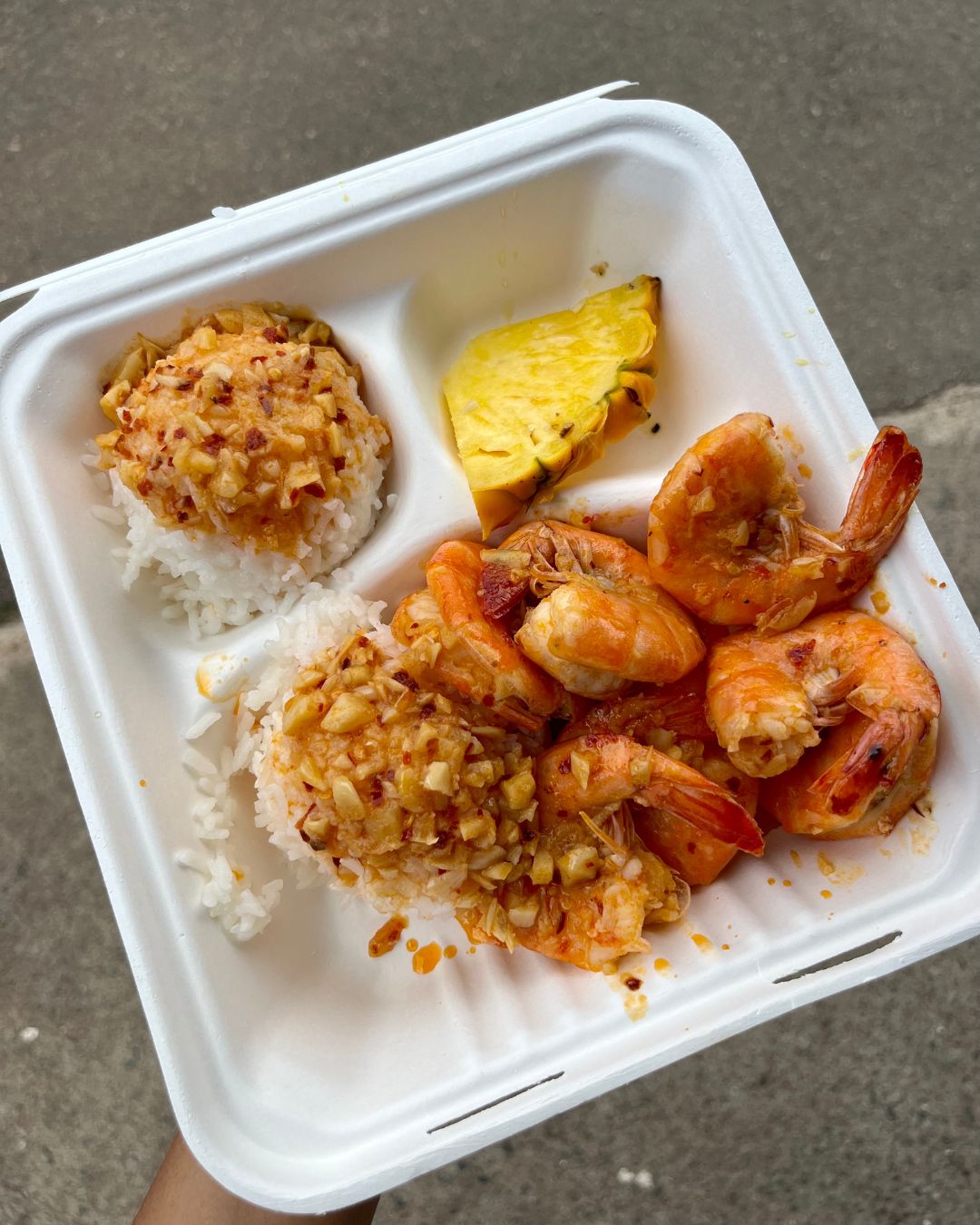 The spicy garlic shrimp from Fumi’s is a popular choice. However, you can’t really go wrong with anything on the menu.
Photo: Grace Maeda

With its bright azure blue exterior, Fumi’s Kahuku Shrimp is impossible to miss—and you don’t want to. At this eatery, the shrimp are coated in a rich butter and garlic sauce. For those that prefer fiery flavors, spicy garlic is among the most popular options. And every plate also comes with two scoops of rice, which receive a generous coat of garlic sauce. While there are dozens of shrimp trucks dotting Kamehameha Highway, Fumi’s has bathrooms and an outdoor sink, a much needed amenity after a plate of buttery shrimp. Keep in mind Fumi’s only accepts cash.

5. Learn how açaí for your açaí bowl is grown at Kahuku Farms 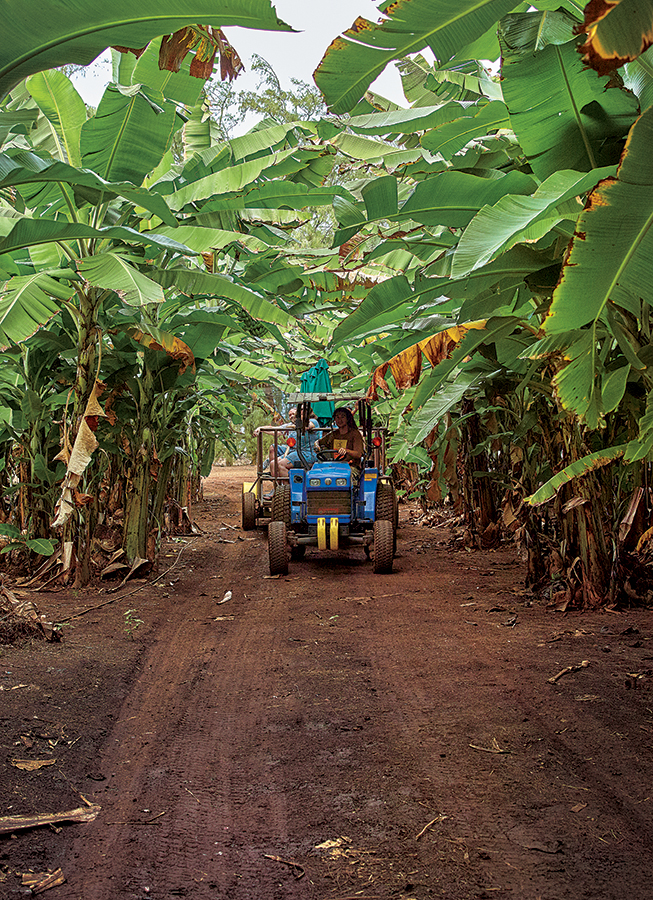 Don’t miss the chance to ride in a tractor-pulled wagon at Kahuku Farms. At the family farm, wagon tours lead guests throughout the property to show first-hand modern agricultural practices. The tours also expound on the rich history of farming in Hawaiʻi and its influence on the islands. Throughout the tour, visitors will spot crops like Brazilian dwarf bananas, Japanese eggplant and lūʻau leaves for laulau. Kahuku Farms also grows açaí, a marble sized berry that blossoms on tall palm trees. While Açaí bowls can be found on menus across Hawaiʻi, açaí bowls at the Kahuku Farms Café are made with berries grown right on property. Tours are only available on weekends, but visitors can still wander parts of the property during the week. 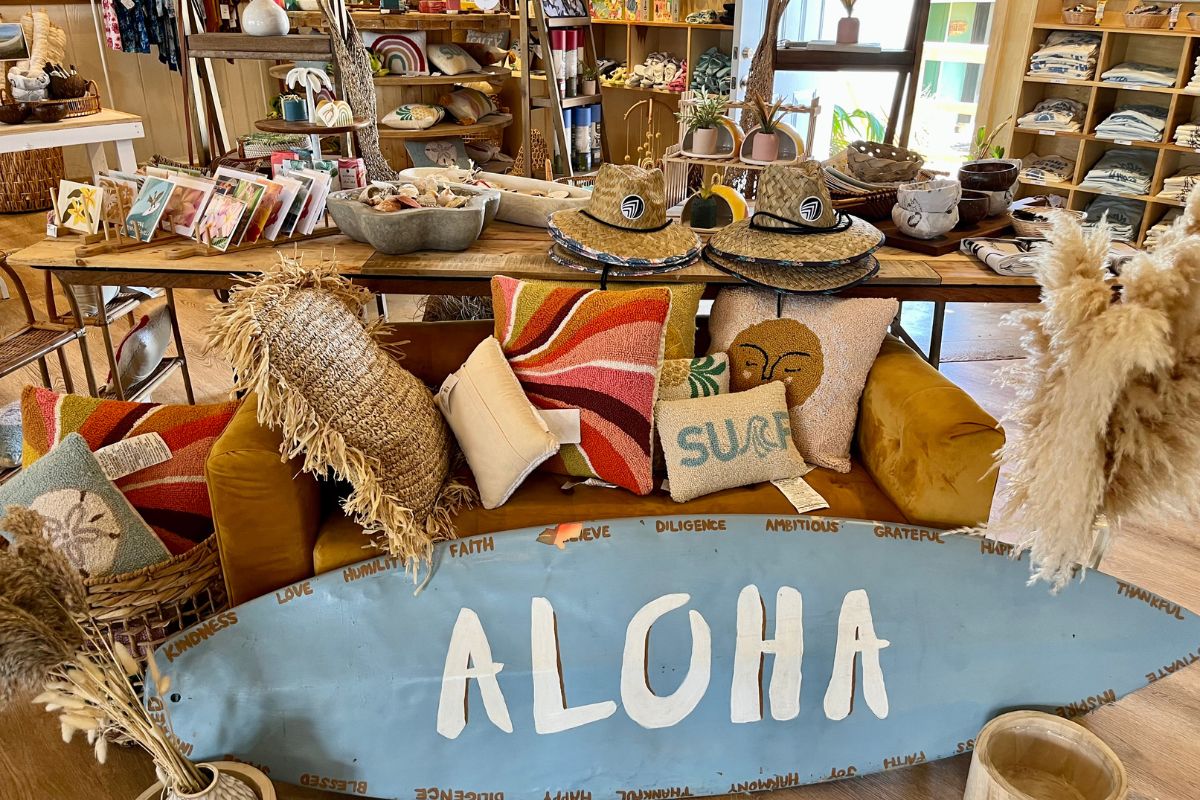 Farm-to-table cafés, tasty food trucks and trendy shops surround the Kahuku Sugar Mill. There’s even a local brewery, too. While in Kahuku, make sure to stop at Seven Brothers Kahuku Marketplace. From colorful snorkel masks to pillows and home goods, you’ll find something to buy. And if lunch wasn’t filling, the shop also sells candy, baked goods and SPAM musubis.

Forget about shrimp trucks, drive to Kahuku to try a kalo bomb. Here, Kalo Bombs puts a twist on paʻiʻai, which is a traditional Hawaiian staple. Paʻiʻai is made by pounding kalo (taro) much like poi. It’s actually the stage of kalo before it’s considered poi. At the base of every bomb is ice cream, which is followed by a generous scoop of fresh paʻiʻai. It’s then topped with a drizzle of coconut cream and a sprinkle of coconut flakes. On Saturdays, the eatery also offers poke bombs and biko bombs. The biko bomb is made with haupia ice cream and biko (Filipino sticky rice). It’s also topped with paʻiʻai and coconut confections. 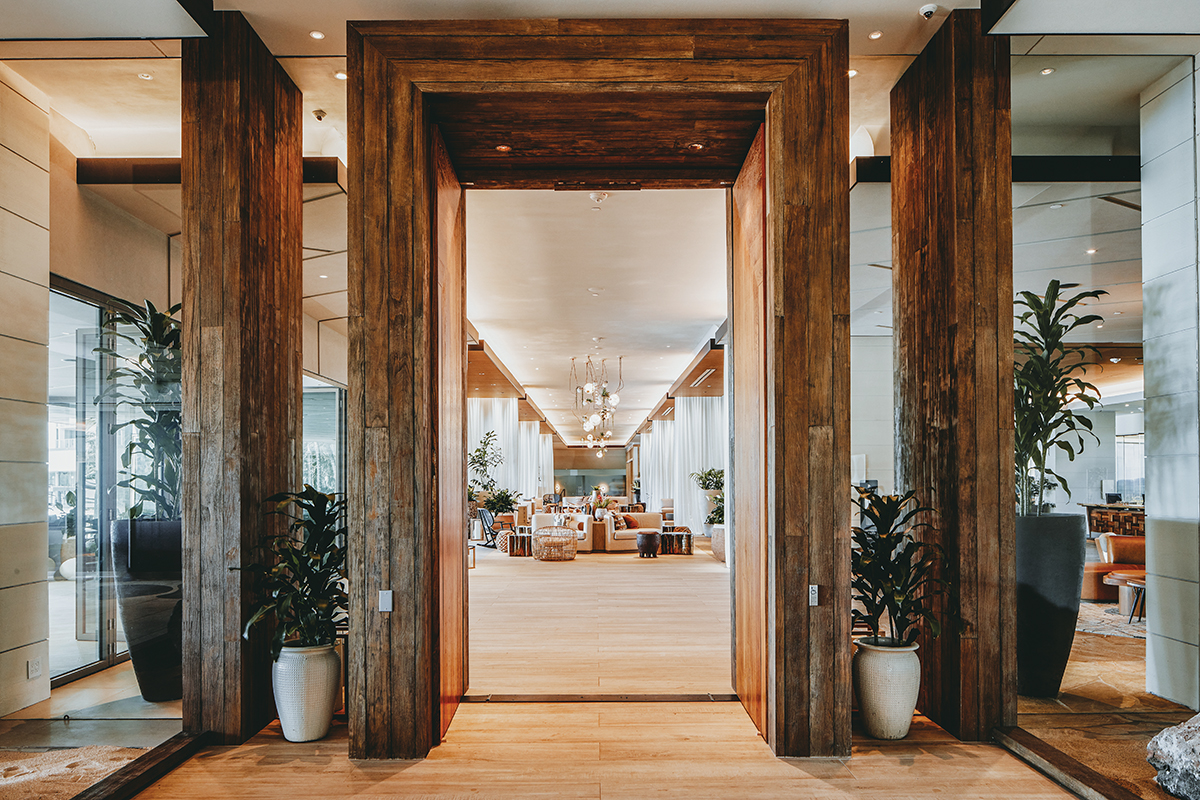 Turtle Bay Resort provides a peaceful getaway from the crowded streets of Waikīkī. For this reason, the North Shore’s oceanfront resort has long been a favorite among both visitors and kamaʻāina (longtime residents). In early 2020, the resort underwent extensive renovations, transforming the property to exude a natural yet elegant and modern essence. It’s an idyllic place to unwind. While adults can relax in the adults-only pool, kids can check out professional surfer, Jamie O’Brien’s surf experience. And guests need to visit Alaia, the resort’s new restaurant. The menu features fresh dishes with veggies directly from Turtle Bay Resort’s on-property farm.