Meghan Miner,
Think of it as a block party, Waikiki style!

If you’re in town this Sat., Sept. 20, we recommend heading down to Waikiki for the 62nd annual Aloha Festivals Waikiki Hoolaulea. The Hawaiian word hoolaulea means “celebration.” And this year’s street-closing, seven-block hoolaulea promises 25 Island food booths as well as 32 artisan and specialty vendors selling Hawaiian crafts and lei. There will also be lots of great live music on multiple stages. 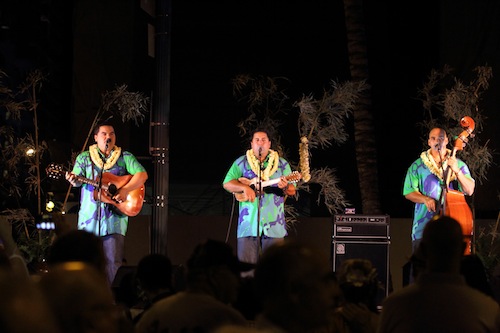 Love a good parade? Aloha Festivals hosts one of the best in the state a week after the hoolaulea on Sat., Sept. 27 at 9 a.m. The 68th annual Aloha Festivals Floral Parade begins at Ala Moana Beach park and heads east to Waikiki on Ala Moana Boulevard and Kalakaua Avenue before ending at Kapiolani Park at the base of Diamond Head. The parade will round out this year’s Aloha Festivals celebration with flower bedecked everything: floats, marching bands, hula halau and pau (Hawaiian-style horseback) riders.

If you can’t be curbside, watch the floral parade online via live-streamed webcast. Channel808 crews will be broadcasting footage of the parade beginning at 9 a.m. (Hawaii time).

For the second year in a row, the Aloha Festivals theme honors the Polynesian Voyaging Society and the current around-the-world expedition of its Hawaiian voyaging canoe Hokulea. A song composed and translated by two important Aloha Festival supporters inspired this year’s theme—Maluhia Honua (“World Peace with Aloha”).