This trail, named for the numerous koa trees shading it, winds through a thick forest to a swimming hole.

Ahupuaa O Kahana State Park on Oahu’s Windward Side offers two moderate jungle-hike options into the lush Kahana Valley. On a recent visit, I opted for the longer of the two.

The Nakoa Loop Trail, named for the numerous koa trees shading the 3.5-mile loop along the valley floor, winds through thick forest of hau, lauhala and kukui trees and requires several stream crossings. When I visited, the ohia ai (mountain apple) trees were heavy with fruit and the footprints of feral pigs dotted the path around fragrant piles of fermenting apples.

It’s worth spending some time getting to know Kahana State Park—a place more often visited by residents than out-of-towners. It’s one of the few complete, publicly-owned ahupuaa (Hawaiian land division extending from the mountain to the sea), and includes the partially intact Huilua Fishpond. The loko i‘a (fishpond) was used by Native Hawaiians to corral and raise fish, perhaps 600 years old, and is now filled with mangroves. The park is also still home to some 30 families who sometimes assist with the park’s interpretive programming.

When I turned in at the sign off Kamehameha Highway, I found a kind gentleman sitting on the porch of the new-looking visitor’s center answering questions and watching birds with binoculars; he pointed me toward the trailhead. I parked at the beginning of a small subdivision and walked past its residents who smiled cheerfully. 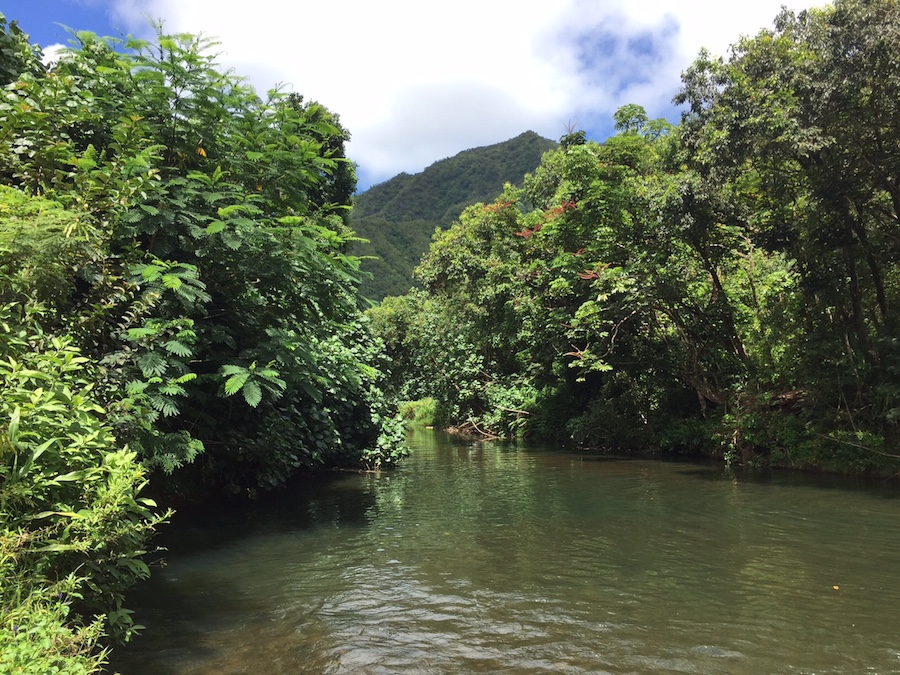 Almost as soon as I made it past the trailhead, a half-mile from where I parked the car, the mosquitoes swarmed. Frequent application of repellant proved futile. I turned right at the fork, deciding to do the loop from west to east to save the swimming hole for the end. I wondered if I’d make it before losing too much blood to the mosquitoes.

Before I reached the first stream crossing, a small branch of the Kahawainui Stream, orange-red mud flecked my legs and clotted at the base of my shoes. A park brochure reminded me that Kahana is the wettest valley on Oahu and its streams are the result of clouds funneled down from the tops of the Koolaus. A few steps and I was over.

Views of the surrounding area were mostly obscured, but occasionally, at the top of a steep ascent, past dense lauhala forest and tall hapuu tree ferns, I was rewarded with sweeping valley views.

When I came to Kahawainui Stream itself about halfway through the trail, crossing was more like fording a river. My open-toed hiking shoes gripped the slippery stream pebbles and I put out my arms for balance. In some places the cool water was knee deep. Crayfish darted out of my way as I lumbered on.

Around a bend a little past the halfway point, I came to what the park brochure tells me was a former WWII training site. Crushed white coral lines the path, the site of roads created in the 1940s to ferry supplies into an outpost of simulated villages, now long gone. Some bunkers and tank barriers—otherwise uninteresting crumbling grey walls—remain. 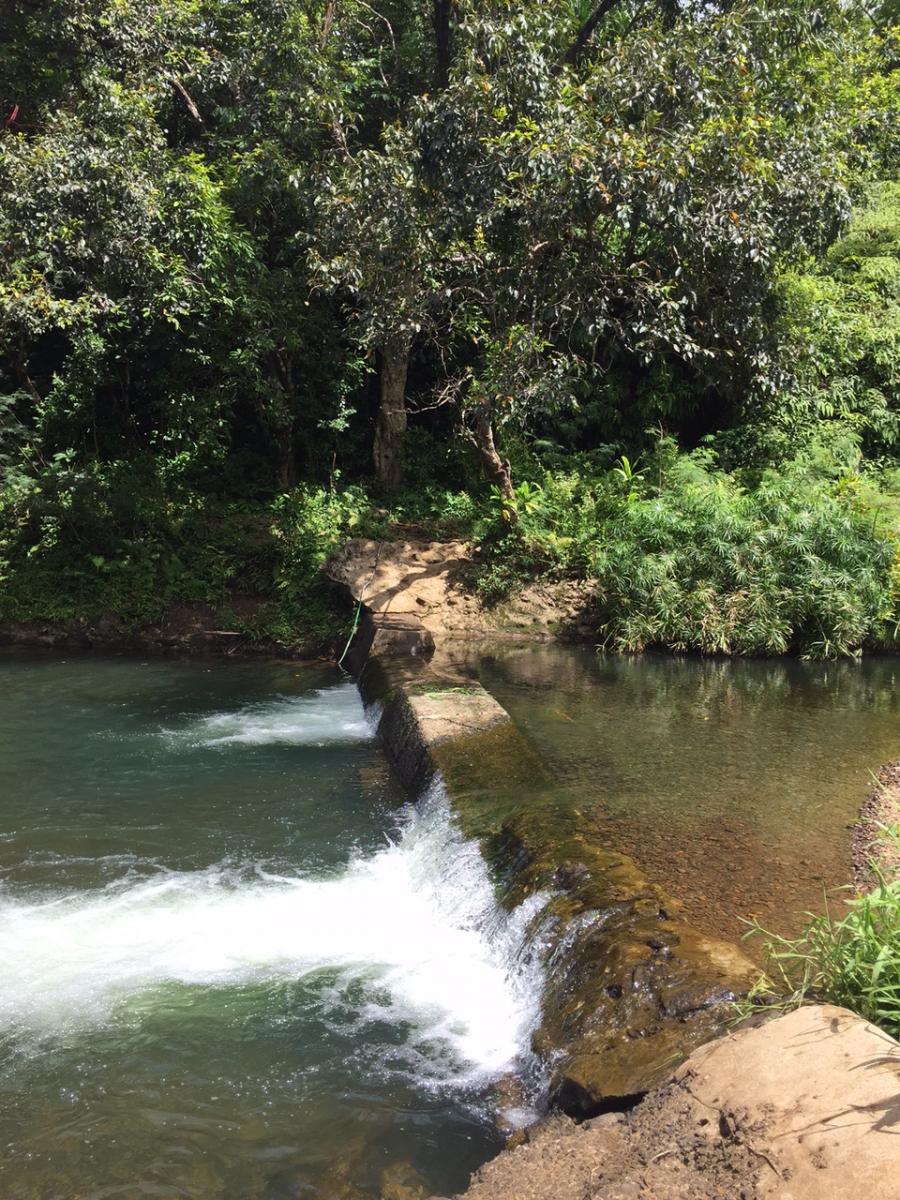 The final stretch to the swimming hole felt easier to navigate than the rest. (But doesn’t it always feel that way when you’re almost done?) Huge koa trees pointed the way to the sea. At the swimming hole, I saw a family laugh as they took turns clinging to a tire swing installed above a deep bend in the stream, just before the remains of an old dam. I watched enviously, wishing I had packed my bathing suit, and carefully navigated the wet, flat top of the dam to exit the trail. I paused to scratch my mosquito bites and then headed back to the car—past the houses and the residents going about their day—completely satisfied and ready for a poke bowl.