A lot of ink has been spilled about the closure of Hawaiian Commercial & Sugar and the end of an era, but it’s worth spilling a little bit more. The sugar plantations, after all, shaped the Hawaii we know today, both physically and culturally. Everyone who lives here now can see, hear, and taste the effect of the sugar plantations on the Islands, from the landscape carved out by acres of cane to the pidgin we speak to the foods we eat: teri beef, manapua, adobo.

“Rarely has an industry so shaped and influenced a place and help create a culture, a fabulous multiethnic culture as the sugar industry did. The harmonious melting pot we enjoy in Hawaii is a perfect counter to the divisiveness and isolationism that sadly much of the country is embracing,” said Chris Benjamin, president and CEO of Alexander & Baldwin, the parent company of HC&S, at the plantation’s last cane harvest. (Although it’s worth noting that the “harmonious melting pot” occurred in spite of the sugar industry, which initially segregated the contract laborers by race to prevent worker organization.) 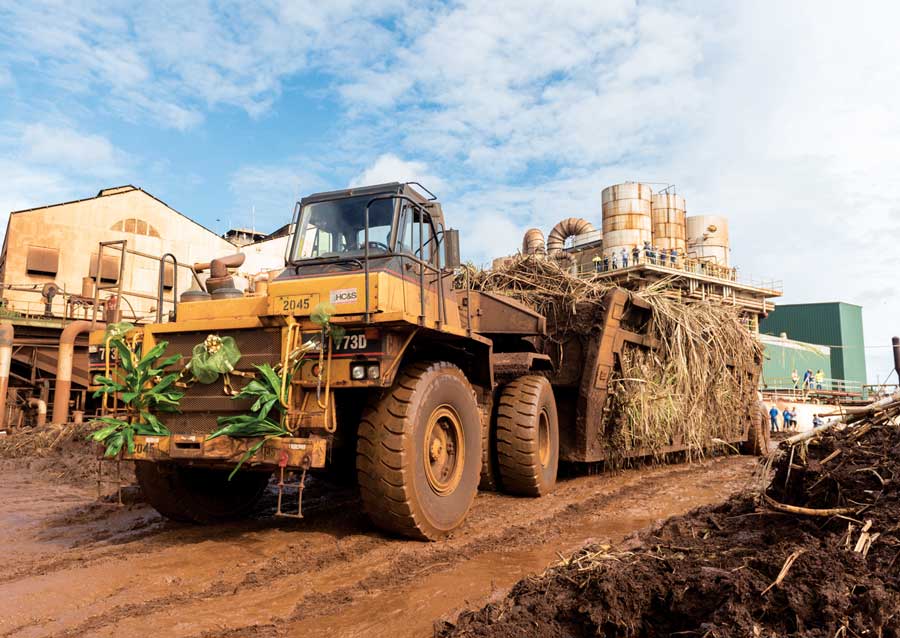 So we acknowledge the past, for it helps to know how it influences the present, but it will only go so far in determining the future of an area of land twice the size of Manhattan.

“The challenge and opportunity we face is 36,000 acres from sea level to 1,000 feet, with 60 inches of rain on the windward side to 12 inches of rain on the leeward side and all conceivable soil types and typography,” says Jerrod Schreck, director of land stewardship and renewable energy development at A&B. “We were spoiled by sugar, it’s a really forgiving crop, and the market facilitated it for a long time. But the circumstances have changed, and we’re not convinced an industrial monocrop is the solution.”

Currently, A&B is experimenting with biofuel crops including sorghum and corn, and is in the process of converting 4,000 acres into pasture for grass-finished beef. But there aren’t many successful examples of large-scale diversified agriculture in Hawaii, and Schreck acknowledges that “we’ve got a really difficult challenge ahead of us.” A&B does, however, have advantages; the very reasons that made HC&S the last sugar plantation holdout could help it succeed in diversified ag where others couldn’t: contiguous land owned by a single company, irrigation and electrical infrastructure in place, highway and off-highway roads, and access to a deep water port. It also has water, but how much and for how long is still up in the air. At the end of December, Hawaii’s Board of Land and Natural Resources extended A&B’s water permit for a year, which will allow them to divert up to 80 million gallons per day (down from 160 million, when sugar was in production) from streams in East Maui. A&B is currently applying for a 30-year lease on East Maui water. 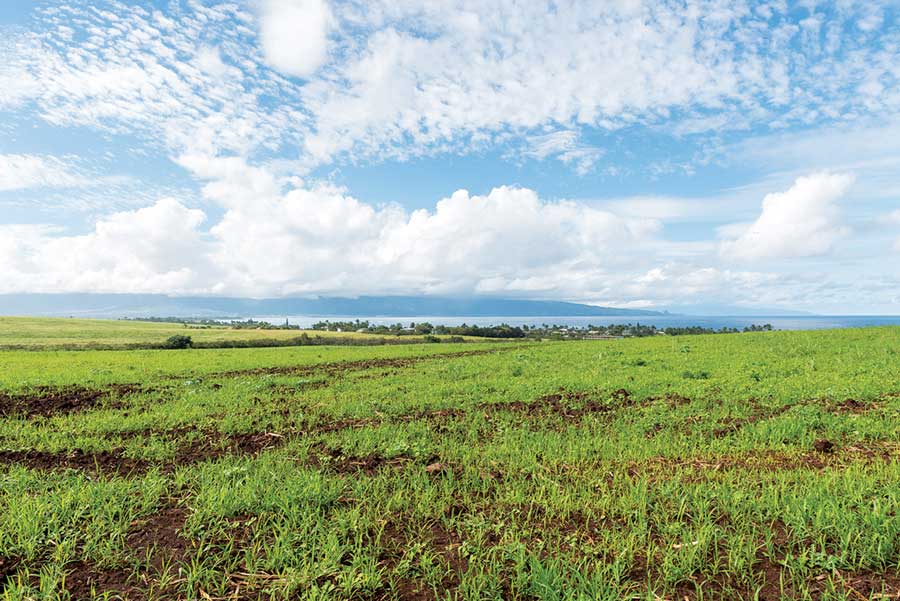 A&B plans on leasing some of the acreage, and has been approached with proposals ranging from orchard crops to well, sugar. Sugar, after all, existed in Hawaii even before the plantations. A canoe plant, it was brought by the Polynesians who settled the islands. So some, like Paul Case, owner of Kolani Distillers, believe that the end of sugar plantations shouldn’t mean the end of sugar in Hawaii. Case used HC&S sugar to make his rum, and says at least 20 other producers, from those who make facial scrubs to jams, rely on Hawaii-grown sugar as part of their marketing.

“Most of us have stocked up on enough sugar to make it 18 months,” Case says. “The timeline here is, can we get something up and running in 18 months. That is possible because HC&S has left some cane in field.” He envisions forming a co-op with the other producers, thus guaranteeing a market for the sugar, and purchasing a much smaller-scale sugar mill for their needs. OnoPops owner Josh Lanthier-Welch says he’s on board: “[Some] pretty much feel ‘sugar is sugar’ and it’s time to move on. I would counter that sugar cane, ko, should remain part of Hawaiian agriculture in perpetuity.”