Though poke was always around him while growing up on Oahu, Kanoa Miura didn’t find his groove for it until launching his Hilo catering business, Aloha Mondays, and began associating it with work days off. ​ 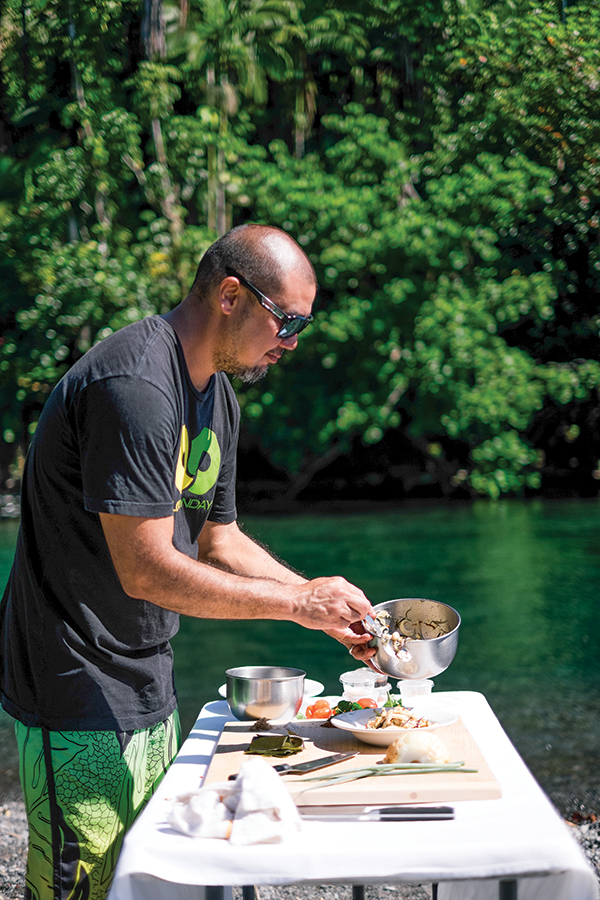 “If there’s good fish at the market at a good price, I’ll just make my own,” says Miura, of poke. “On Saturday, I’ll buy a nice slab, put everything together on Sunday morning, go down to Honolii Beach Park and wait for everybody. I kind of see poke as an end-of-the-week reward.”

Random refrigerator ingredients and fresh Hawaii Island-grown enoki mushrooms found at the Hilo Farmers Market inspired Miura’s poke recipe here. “Poke is a real big part of our life now,” he says, of his family—wife, Geana, and two young daughters. “When the girls see me come home with all the stuff for poke, they’re excited!” 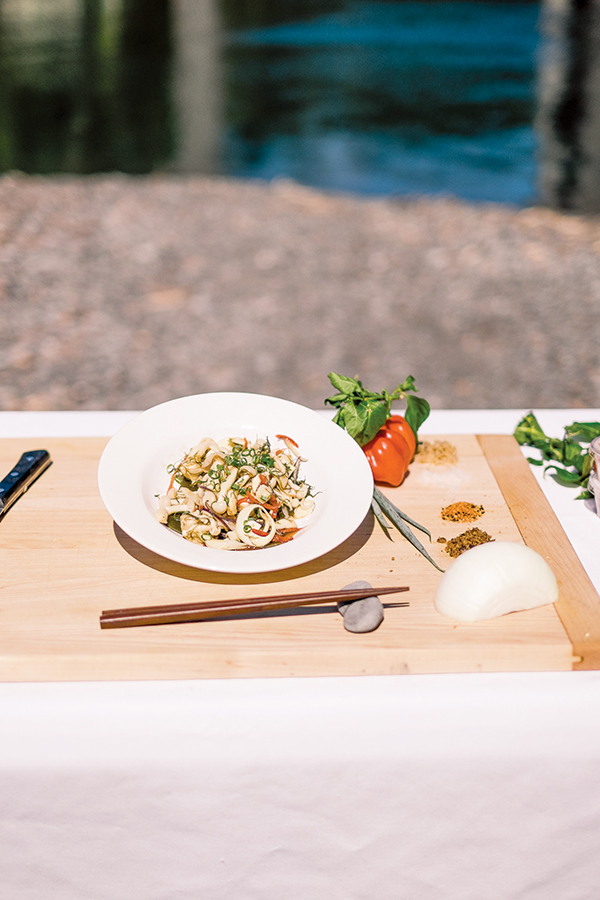